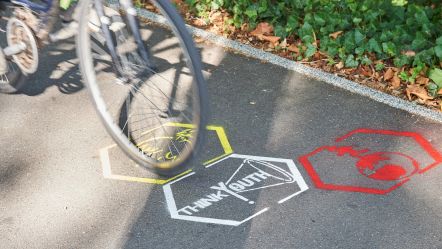 When young people work, organise, socialise and engage in education together, there will always be a gender dimension, and this needs to be taken into account.

Youth initiatives can play a role in responding to gender-based violence, from supporting young people’s access to proper information about gender-based violence, to advocating for the change of laws and policies. However, youth organisations also need to inspect their own work, to see how, and to what extent, gender issues are addressed.

The best way to start this process of self-reflection is to analyse the ways in which gender features in the work of particular organisations and, generally in organisations or institutions delivering youth work. Gender mainstreaming does not mean simply counting numbers of young women and young men, nor does it necessarily demand running special activities for these groups, although this may be important.

The following section invites you to reflect alone, or together, on gender matters in relation to your community and the organisation you work with.

The drafting of strategies and policies to promote gender equality can be an important process in itself, even before any strategy or policy is implemented. In participatory environments, such processes and documents need to be dynamic, and open to consultation and revision.

Review and, if necessary, create a series of template documents for your organisation, by removing all gender normative titles and including gender sensitive language. This may be difficult to do in some languages, so you may need to see if any such attempts have already been made by others, and discuss possible solutions with colleagues.

Work with “single sex” groups in youth work is often used to help young people to address prejudice, stereotypes, and questions about gender norms, and to provide a space for them to explore issues such as sexuality and gender identity. Such groups can help to bridge the gap between society’s expectations and self-realisation.

You could also think of these groups in terms broader than gender: a girls-only group should include transgender girls, if they want to join. You could also organise support groups for young intersex people, or for young lesbian and gays. The same principle should apply: to provide a safe space, where questions relating to gender identity and gender-based violence can be discussed. An effective group should provide members with a feeling of belonging, with tools to deal with problems and conflicts that might arise in everyday life, and with increased self-awareness.

In training, and in organisational contexts, it is important to consider the ways in which power relationships and gender norms are maintained. To highlight and analyse how the relationship between the sexes can be linked to power, the Norwegian social psychologist Berit Ås developed an analysis of domination techniques which incorporates the following points: 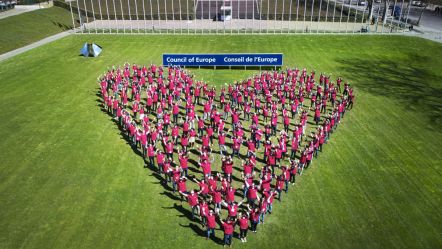 The activity No Violence in Here can be used to support you to devise a policy for action, and to prevent gender-based violence in school. You could adapt the activity to start a similar discussion in your organisation.

The International Lesbian, Gay, Bisexual, Transgender and Queer Youth Student Organisation (IGLYO) has developed a toolkit on addressing norms with young people, Norms Criticism, with the aim of supporting young people to deconstruct norms affecting their lives and identities, and to be able to self-identify and express themselves independently of sexual orientation, gender identity, gender expression, sex characteristics or bodily diversity, and without violence and hatred.

A similar resource, Break the norm! is also available at courtesy of the Living History Forum and RFSL Ungdom (Sweden)

Amnesty International’s My Body, My Rights campaign promotes sexual and reproductive rights for everyone around the world. The campaign advocates for governments to stop using criminal law to control people’s sexuality and reproduction and ensure that people have easy access to sexual and reproductive health services, education and information. It also advocates for the empowerment of people to make decisions over their bodies and the prohibition of all forms of discrimination and violence. The campaign involves research, awareness raising through online and offline actions, petitions, and other advocacy efforts.

Giuvlipen (feminism in Romani language) is a feminist Roma theatre company from Bucharest. They have produced and staged theatre plays and performances that explore the intersection of racism and sexism in the experience of Roma women, with the aim of breaking down stereotypes and prejudice both in the Roma community and in society at large.

Phenja – Violence has no colour was a project implemented by the Association for Roma Women Rights Promotion (E-Romnja) in the period 2014-2016, focusing on working with Roma communities in Romania to explore and expose gender-based violence against Roma women.

LGBT Youth Scotland provides online support to young people through a LiveChat feature of their website, providing the opportunity to chat with trained youth workers in real time about questions of sexual identity, coming out, relationship issues, bullying, and sexual health.