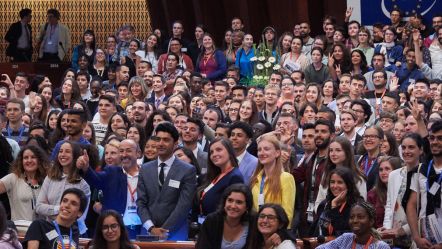 Human rights offer a set of values to inform our daily lives, and they establish minimum standards for full equality and a life in dignity. Effective work with young people and communities against gender-based violence also requires working for human rights. Working towards a human rights culture with a gender perspective can take many forms. It may involve advocating and building support for strong institutions and for adequate state responses or mechanisms to address human rights violations and gender-based violence. Actions that could be taken include advocating for your country to sign and ratify the Istanbul Convention and implementing its legal and political requirements.

Other possible actions might include advocating for the signature and implementation of the Lanzarote Convention, or the abolition of sterilisation as mandatory for sex reassignment, or forbidding the ‘sex normalising’ surgeries that exist in some countries and which operate on new born intersex without information being given to those involved, and sometimes without their consent.

Working for gender equality demands measures that will lead to substantive equality. Such work can involve empowering women and girls, and LGBT+ communities, to take part in community life, including creating spaces and opportunities for them to participate in decision making and policy design.