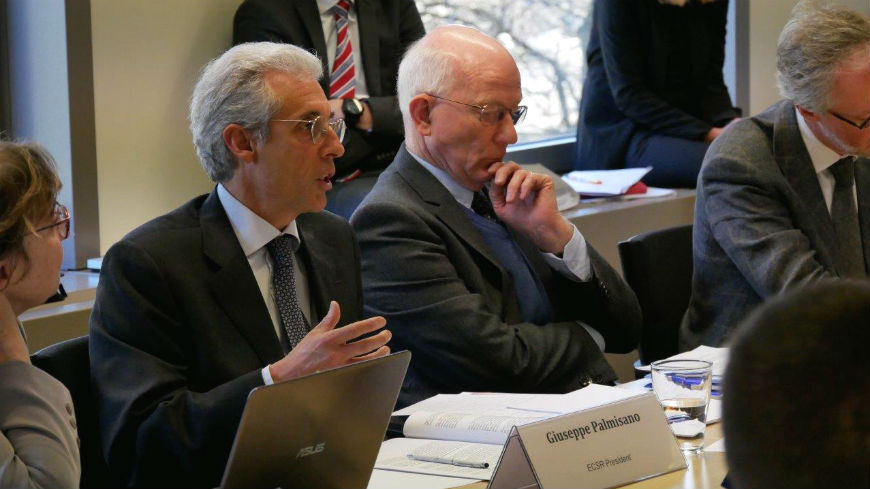 The European Committee of Social Rights today published its Conclusions 2018 in respect of 35 States* on the articles of the European Social Charter relating to labour rights. The Committee adopted 580 conclusions including 206 situations of non-conformity and 276 of conformity with the provisions of the Charter. In 98 cases the Committee was unable to assess the situation due to lack of information and postponed its conclusion.

The Committee found that the number of States having ratified Article 4§1 (the right to remuneration such as to give workers and their families a decent standard of living) was relatively low. The statutory minimum wage (Andorra, Azerbaijan, Lithuania, Malta, the Netherlands, Romania, Serbia, Spain and the United Kingdom), or the lowest wages paid (Germany), are too low in comparison with the average wage.

With regard to the right to dignity at work (Article 26§§ 1 and 2), the Committee considered that in several countries the employees did not enjoy adequate protection against sexual harassment (Azerbaijan, Georgia, Lithuania, Ukraine) or moral harassment (Azerbaijan, Georgia, Lithuania, Malta, Ukraine). In most cases, however, this finding was based on lack of relevant information in response to questions previously raised.

Nevertheless, the Committee noted a number of positive developments. In particular, the Committee welcomed the decision of the Netherlands to revoke restrictions with respect to the right to strike for civil servants; an increase of the minimum wage in Iceland; the adoption of a new Labour Code in Bosnia and Herzegovina, which provides for a minimum of twenty working days [of annual holiday with pay], which may be increased under the provisions of collective agreements or relevant internal company rules or employment contract. In Ukraine for example, a manual for employers "Adherence to the principle of equal treatment and non-discrimination in the work place in the public and private sectors of Ukraine" was developed and distributed.

Eight States bound by the Collective Complaints procedure were exempted from reporting on labour rights and instead provided information on the follow-up given to decisions on the merits of collective complaints in which the Committee found a violation. The Committee’s findings in this respect were published in January 2019.

The Conclusions 2018 per country are available on the Charter’s HUDOC database.

Albania did not submit its report on labour rights and the report of Hungary and part of the Luxembourg's report relating to Article 6 of the Charter could not be examined because they were not submitted in time.