Heritage and spatial development: the example of Bibracte 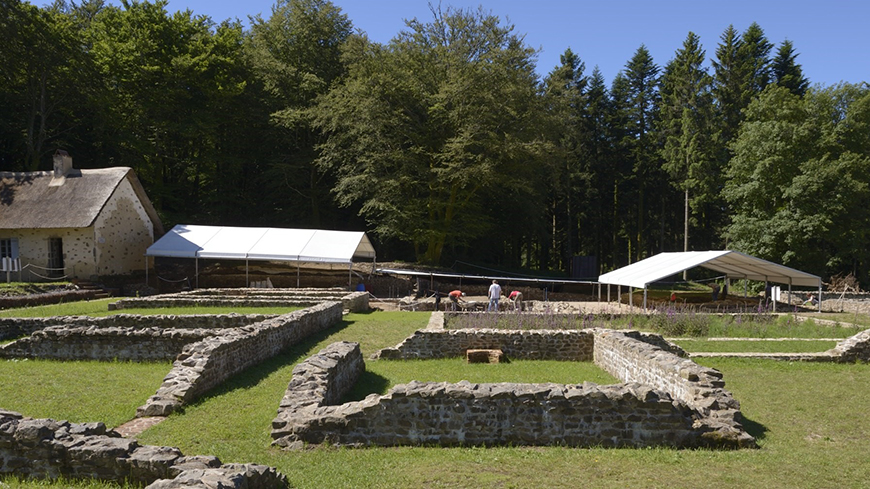 The Bibracte site lies on Mont Beuvray and itself covers approximately 200 hectares, although it extends over 1000 hectares (80% of it forest). Deserted, it is surrounded by few inhabitants, small villages that have been empty for a century, farms (cattle rearing) that are facing great difficulties and a forestry infrastructure that is well-developed but not very profitable owing to the lack of locally organised network. There is also an embryonic tourist industry.

Challenge posed for 30 years in Bibracte:

· revitalising a region that is sparsely populated (15 inhabitants per km2), economically ailing, poorly serviced and situated far from any big city, on the basis of an archaeological site that, despite its scientific importance, is not particularly spectacular and hard to understand for the layperson.

· preserving the site’s natural assets. Bibracte is a listed historical monument and protected as natural heritage (classified under the Law of 1930), is protected as a Natura 2000 zone of the European Commission, is included in the territory of the Morvan Regional Nature Park and has held the “Grand site de France” ministerial seal of approval since 2008.

With these overlapping protections and constraints, Bibracte is spread over three complementary entities situated several kilometres apart: the archaeological site, the European Archaeological Centre (an operating base for scientists and a facility for the conservation and study collections), and, finally, the museum, which is both a showcase for the results of research and a venue for welcoming the general public.

In the light of these challenges and the tasks facing this set of entities, there is only one possible solution: integrated management.

Owing to its geographical isolation, it is essential that Bibracte should become attractive for both top scientists and the general public. It must also justify the considerable financial investment in it by the public authorities (in 2014, for example, its operating budget amounted to €4.5 million and its investment budget to €1.5 million) and be accepted by the local community while at the same time “playing the European card”.

As far as archaeological research is concerned, Bibracte is of interest to a broad archaeological community spread over 15 European countries. The centre welcomes European researchers and students at all times in order to advance knowledge and maintain a permanent laboratory. Scientific collaborations are governed by multiannual co-operation agreements. For this reason, the centre possesses advanced facilities, which support all stages of field research: construction machinery, laboratories, documentation centre, publishing process, etc.

The challenge is even greater when it comes to welcoming the general public to the site and the museum: Bibracte is a long way from any major urban centre, cannot be reached by motorway or train and, as already mentioned, the remains of the Gaulish city are by their very nature limited and unspectacular. In addition, the site, where elements of the Gaulish and Roman cities overlap in places, is hard to interpret.

Several avenues are followed: a great effort has been made to provide signage at the site in order to make it as clear and straightforward as possible. Qualified staff provide guided tours during the season, the presentation of the remains is continuously improved (while at the same time endeavouring not to give prominence to the Roman remains) and use is made of digital technology to support visits.

However, that is not enough: Bibracte must increase its own resources (which made up 27% of its budget in 2014) and project itself better. The aim is to manage to keep its visitors there for an entire day and try to seduce them within a perimeter defined by a three-hour car journey (instead of the current one and a half hours). In order to do this, it will be necessary to overhaul the services offered (theme-based visits, catering adapted to specific needs, carte blanche artist residencies, screening of films, etc.), produce a more attractive website and network with other heritage sites in Burgundy to set up tourist routes.

Difficulty in accessing Bibracte as it is about four hours from Paris. It can be reached by train (there are stations at Autun or Etang-sur-Arroux) and shuttle buses are laid on by Bibracte.

Bibracte, a challenging archaeological site both rooted in its territory and with an international outreach, linking the rural with the cultural, the heritage with the environment and the most advanced scientific research with local economic development, has managed to help boost a neglected area and contribute to its development and, consequently, has become a factor for social cohesion.

· about 40 jobs (full-time equivalent, excluding permanent positions with subcontractors), which equates to purchasing power of over €1 million and ensures the maintenance of local services (post office, school, etc.),

· revenues of €1 million for local businesses,

· direct tax revenues of €0.3 million for the local authorities,

· spin-off revenue of at least €0.5 million for the local tourism economy (€20 per visitor to Bibracte living outside Burgundy, based on a very conservative figure of 25,000 visitors a year),

· (growing) recognition, which is making a big contribution to Morvan’s attractiveness as a tourist destination and to the region’s reputation.

Bibracte has initiated a region-wide digital approach to heritage, setting up a joint project that brings museums and heritage sites in Burgundy in contact with university researchers and specialised companies in the region. The aim of this project, entitled “Morvan-Burgundy Digital Gallery”, is to develop an innovative heritage enhancement sector with the use of the latest digital technologies and thereby prove that the assets of the past and present-day innovations can come together to support both economic development and the image of an area.

Bibracte is a heritage facility based on a 2000-year-old archaeological site with a unique history in which politics and culture are closely intertwined. A heritage item, monument or archaeological remains that incorporate all the strata that have succeeded one another down the ages. It is this inclusive, peace-promoting and reconciliatory view that heritage can convey.

Bibracte, a heritage facility based on a 2000-year-old archaeological site that combines these historical strata without prioritising or judging them, embodies an inclusive, peace-promoting and reconciliatory view, such as heritage can convey. The particular development context of the Bibracte project, with strong and sustainable support from the State combined with great freedom of action, has made it possible to explore new ways of managing a heritage site, which respect in a very precise way the concept of integrated management promoted by the Council of Europe. The continuity of public action over the long term has been an essential factor for success, as has the permanent willingness to experiment with new courses of action. The management tool put in place, and the establishment of cultural cooperation, which was created in 2002 as a result in part of Bibracte’s needs and experience, is particularly suited to sustainable and partnership-based management between public actors. More recently, the concept of landscape, as defined in the European Landscape Convention, has also proved to be a great lever for bringing together local stakeholders. The project goes beyond the boundaries of the protected site to focus on its landscape setting and more broadly on the entire Regional Natural Park, and extends over a vast territory, including more than a hundred village communities.

Financing details
The Bibracte EPCC’s annual operating budget is approx. € 4.5 million. It is balanced by €1.4 in operating revenues, €2.7 million in members’ contributions and €0.4 million in subsidies associated with specific activities (2016 values). The heritage managed by the Bibracte EPCC is the result of approximately €40 million in public investment (land acquisitions, construction, supplies and equipment) provided since 1990.