With anti-Semitism once again on the rise, it is more important than ever for Europe to understand its Jewish heritage. The Council of Europe believes in supporting “heritage communities” that will ensure such heritage is fully understood and becomes an integral part of the local communities’ narrative. This will in turn ensure the sustainability of both protection and promotion of Jewish heritage across European municipalities and territories where the Jewish community has lived and prospered but is no longer present.

In 2012, the Parliamentary Assembly of the Council of Europe adopted a Resolution on Jewish cemeteries in which member states are invited to develop practical tools to promote the implementation of the Faro Convention, such as participatory mechanisms to involve heritage communities in the protection, restoration, maintenance and transmission of local cultural and religious heritage.

The Council of Europe’s distinct approach to cultural heritage is based on the principles of the Faro Convention which recognise: “the value and potential of cultural heritage wisely used as a resource for sustainable development and quality of life” and “the need to involve everyone in society in the ongoing process of defining and managing cultural heritage”.

The principles of the Convention encourage the involvement of individuals and groups who share a vision of the society to be built, in efforts to restore and protect sites so that they will not fall into disrepair again and will be regularly maintained. The sites themselves become sources of identification and pride, and are taken up as resources from which local development strategies can be developed.

In this context, the Council of Europe is lending support to an ambitious project, run by the ESJF European Jewish Cemeteries Initiative and funded, in part, by the German Government, to protect the thousands of burial sites across central and eastern Europe.

Education, reconciliation and greater civic responsibility and engagement against racism, anti-semitism and intolerance, as well as sustainable social and economic development, are the Council of Europe’s main reasons for supporting the ESJF European Jewish Cemeteries Initiative. 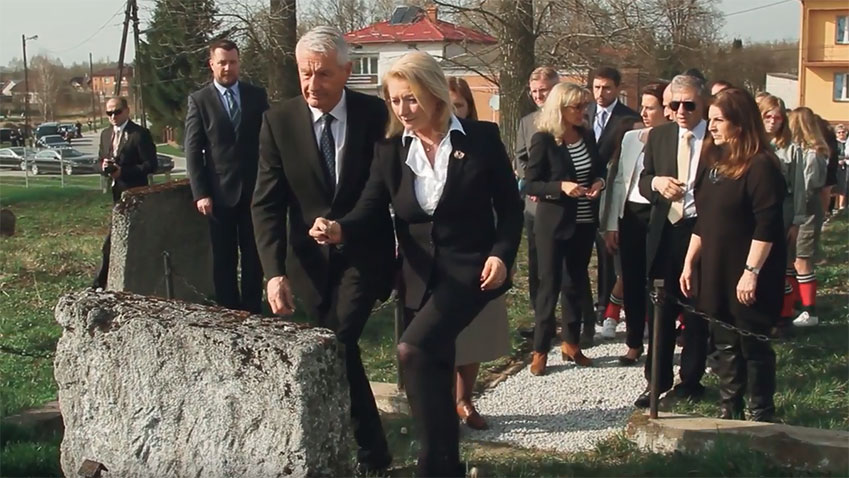 In Frampol, the sizeable Jewish population perished under German occupation. Following decades of disarray, however, their cemetery was successfully restored by the ESJF, working with local partners.

In April 2016, the Secretary General of the Council of Europe visited Frampol where the local Christian school children have been caring for the Jewish cemetery there for many years. He was accompanied by Ms Claudia Luciani, Director of Democratic Governance, and Mr and Mrs Beilin of the Beilink Foundation who are currently involved in this far-reaching project to renovate Jewish cemeteries throughout Poland and neighbouring countries. After visiting the school, the Secretary General went to the Jewish cemetery in Frampol for a small ceremony to celebrate the renovation carried out by the Foundation, together with the local community.

Community initiatives of this kind are an opportunity to reconnect the Jewish community with its European roots, while at the same time underlining the rich contribution that Jewish culture has made to Europe. 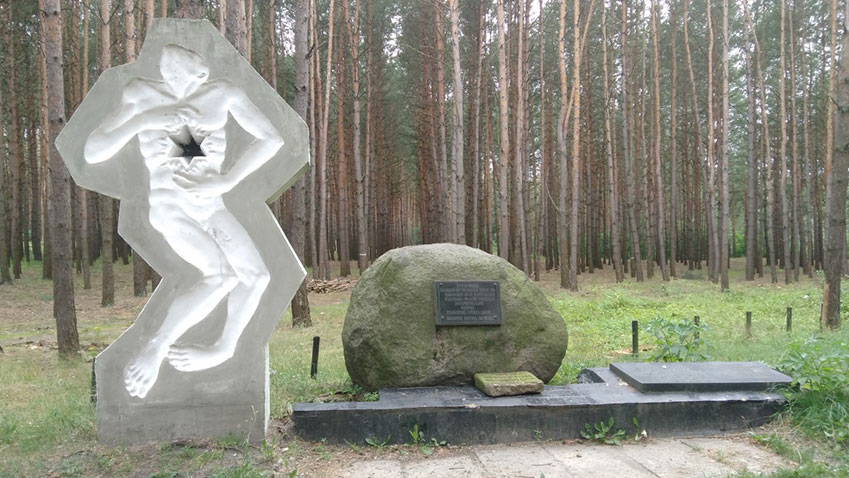 Ostroh presents itself as a multicultural, spiritual town with a number of different religious communities, and as a centre for science and education in the region.

The Council of Europe Secretariat carried out a mission to Ostroh in July 2016 with the aim of examining the situation of Jewish cemeteries in relation to surrounding communities, including anti-discrimination measures, social integration, migration, social exclusion and extremism.

The outcome of this mission concluded that dialogue based initiatives focusing on Faro narratives could play a positive role for communities, to become familiar with each other’s stories and work towards a shared vision where Jewish cemeteries and heritage would have a significant role. The presence of fences around the cemetery does not address the problem of protection, as the cemetery has already been subject to vandalism. Communities coming together around joint actions would raise awareness and promote respect for all heritage, including the deep Jewish heritage in the areas. A presentation of Faro Action to groups currently present in Ostroh has already initiated vivid discussions on some activities, where initiatives were introduced including European Heritage Days and Cultural Routes, as well as Faro good practices.

As Ostroh presents a valuable example of Jewish heritage in a small town, it could be an interesting case study to develop recommendations to benefit the European Jewish Cemeteries Initiative in their activities across Europe. Inevitably, visiting other sites would provide more insight and enrich this potential programme proposal and recommendations.

A representative from the ESJF (Ostroh) will take part in the next Faro Community meeting in November 2016.