The European Heritage Days, a joint initiative of the Council of Europe and the European Commission since 1999, are the most widely celebrated participatory cultural events shared by the inhabitants and visitors of Europe. The pan-European nature of this project contributes to bringing citizens together and highlighting the European dimension of cultural heritage in the 50 signatory States of the European Cultural Convention. Over 70 000 events are organised every year in order to help raise awareness of the value of this common heritage and the need for its conservation for present and future generations.

The 2022 #EuropeanHeritageDays will celebrate Sustainable Heritage. The shared theme, in the context of environmental change, Europe’s diverse cultural heritage and the UN’s 2030 Sustainable Development Goals, will be looking at both people and places; continuity and learnings from traditions, steps organisers and visitors can make to be more environmentally friendly, as well as how built and natural heritage contributes to a more sustainable future too. 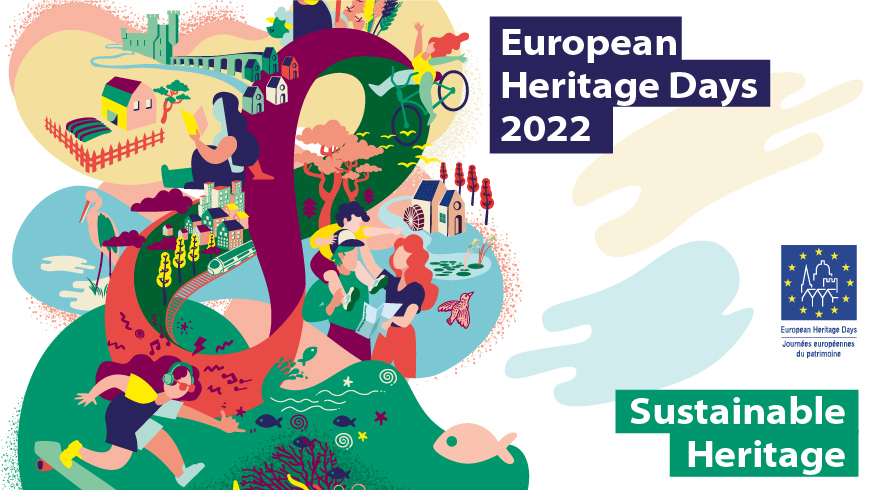 Different names under one umbrella