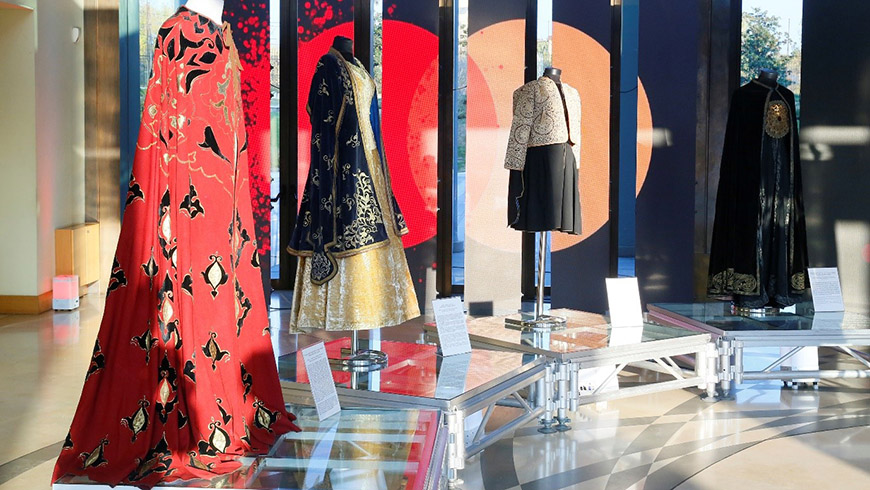 During this Project “Textile from Georgia”, multidisciplinary approach was taken. The scientists, artists and restorers involved in the project studied royal garments and illustrated representations of textiles painted on more than 100 frescoes on the walls of Georgian churches and monasteries. The frescoes were digitized, the costumes repainted, and the data was analysed. The artists and restorers created visual representations of old royal textiles and identified the exact methods with which such unique historical fabrics were once created. These graphic models were then transferred onto different types of fabric and the restored textiles were sorted chronologically from the 8th- to 20th- centuries and photographed, creating the first electronic database of textiles in the Caucasus region.

During this Project our team has faced different obstacles. For example: there was not enough historical sources about textiles and overall material, which scientists were studying. Because of that research process was itself very hard and precise. Also, scientists tried to do an exact textile manufacturing technology research that was used during middle ages. For that we had to consult with specialists that were working in this specific field. One of the aims of project was to fully understand how the textile was made and what kind of technologies and material people used back then, and since we didn’t have much information about such process, reconstruction of full manufacturing took a long time and hard work.

It is worth to mention, that implementing the project ‘Textile from Georgia’ boosted the idea of developing creative production; for this reason, the Art Palace of Georgia and the Ministry of Culture and Monument Protection of Georgia have actively cooperated on the topic to commence production and manufacture of historical textile, which will create new workplaces and increase the role of art in the economic development of the country. Also, community received the useful information regarding origins of the Georgian textile and by using the samples of fabrics prepared in the Art Palace, carried out projects, which promote preservation, development and popularization of traditional technologies and the Georgian handmade creativity. Several entrepreneurs launched the souvenir series on the base of the project "Textile from Georgia", also, based on the fabrics of the museum various publishing houses and banks set up production of accessories, stationery and other materials.

The study has revealed the close relationships between Georgians and the wider region of the Caucasus as well as the depth of influence that they have had on each other. It is very important to know your roots, to be able to fully understand the culture and the traditions. Very important thing that we learned through this project was that cultural heritage is not only the past that lies in history books and cultural monuments, but also it takes big part in our Georgian modern society and everyday life. It provides financial support for museum and most importantly through this project of recreating and reproducing old textiles, local work force could be employed which will also affect employment rate positively.