The programme of the European Union and the Council of Europe “Strengthening democratic reform in the Southern Neighbourhood (South Programme) – Component 2” aims at promoting good governance through increased prevention of corruption and money-laundering in the Southern Neighbourhood (Morocco, Tunisia etc.). It is fully funded by the EU and implemented by the Council of Europe.

The 3-year programme was initiated on the base of many actions led by the international community in support to good governance and promotion of the rule of law following the Arab Spring (2011). Signed on 17 January 2012, the Programme targets public authorities and the civil society to support commitments to reform, on the independence and efficiency of the judiciary, corruption and human trafficking and to promote human rights and democratic values. The component 2 of the Programme aims at the implementation of high-standards for democratic governance to fight corruption, money-laundering and terrorism financing. It responds to a high level priority of all countries in the region, the European Union and the Council of Europe.

Middle East and North Africa (MENA) region has manifested in many occasions the interest in strengthening cooperation with the Council of Europe to combat corruption and money-laundering. Therefore the programme is expected to encourage and support the adoption and the implementation of international and European standards to fight corruption, combat money-laundering and terrorism financing. This will be made possible through the assessment of the institutional, legal and policy framework, based on tools and methodology used by the Group of States against corruption (GRECO) and the Committee of Experts on the Evaluation of Anti Money-Laundering (Moneyval). The Council of Europe co-operation and technical assistance activities include strategic policy and legislative advice, risk-assessments, identification of various reform related tools, training, capacity and institution building, networking modalities among homologue institutions in Europe, provision of equipment and the dissemination of good practices. Activities are supported by visibility actions and information campaigns, which include outreach to the relevant target audiences in the government sector and civil society, as well as media. 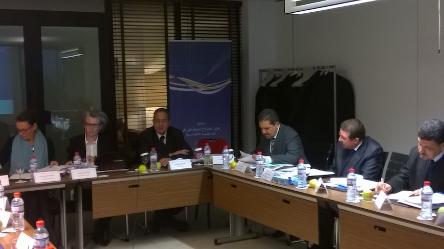 Joint activity with Venice Commission on the status of the new Tunisian anti-corruption Agency, 18-19 December 2014 in Tunis (Tunisia)

In the framework of technical assistance for the National Anti-Corruption Authority (INLUCC) and in cooperation with the Venice Commission, a working seminar on independent constitutional bodies was organized in Gammarth on 18 And 19 December 2014. The seminar, attended by 22 participants, was... 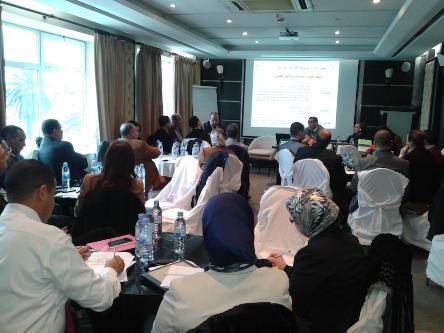 On the basis of a methodology developed with the support of the Council of Europe, the training allowed the promotion of techniques for analyzing the risks of corruption during the preparation and improvement of legislative acts. This training, based on practical cases from the Tunisian... 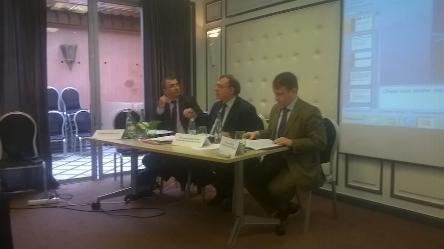 Public event on Risk Assessment of the Ministry of External Trade, 4 December 2014 in Rabat (Morocco)

As part of its technical assistance, the Council of Europe of Europe held a meeting on 4 December 2014 in Rabat (Morocco) with the stakeholders of the pilot project for the analysis of corruption risks at the Ministry of Foreign Trade. This activity, coordinated by the Central Corruption...