Public event on Risk Assessment of the Ministry of External Trade, 4 December 2014 in Rabat (Morocco) 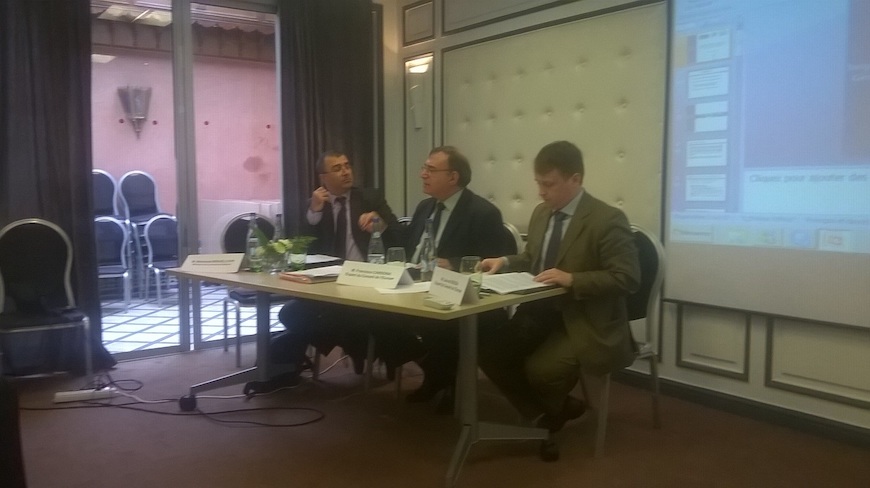 As part of its technical assistance, the Council of Europe of Europe held a meeting on 4 December 2014 in Rabat (Morocco) with the stakeholders of the pilot project for the analysis of corruption risks at the Ministry of Foreign Trade. This activity, coordinated by the Central Corruption Prevention Authority (ICPC) for the Ministry of Foreign Trade, responded to a recommendation of the Diagnostic of the legal and institutional framework for the periodic analysis of the risks of corruption, at least in the most vulnerable sectors with a view to gradually extending them. By endowing the ICPC with a complementary methodology based on self-evaluation, the Council of Europe has helped to reinforce the already established arsenal of tools at its disposal. The risks of corruption within this ministry are minor according to the experts. However, the experts made 18 general and specific recommendations. Experts note that "the ministry could act as a political entrepreneur and rally the various stakeholders in the reform to establish better governance in the country in accordance with the new constitutional provisions."

The public conference was attended by 32 representatives of the Ministry, Trusteeship Organizations, Professional Associations (FCCISM and ASMEX) and Transparency Morocco, and was opened by Mr. Mohamed Benayad, Secretary General of the Ministry, Mr. Mohamed Benjelloun, Inspector General of the Ministry and Mr. Mehdi Remili, National Coordinator, Head of the Council of Europe Office in Rabat. The first elements of a sectoral strategy of the ministry were unveiled, based on the continuation of the dematerialization efforts and the diagnosis of the risk centers. An agreement is being prepared between the ICPC and the Ministry of Foreign Trade.