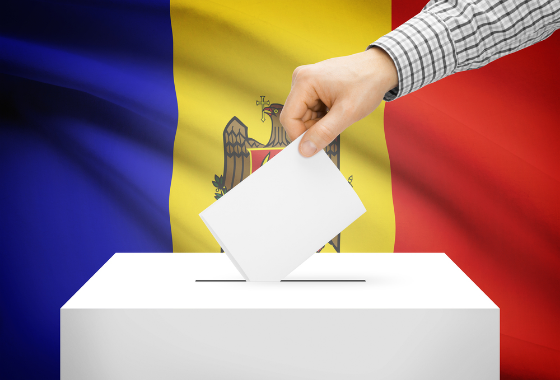 A pre-electoral delegation from the Parliamentary Assembly of the Council of Europe (PACE) visited Chişinău on 10 and 11 June to assess the election campaign and the preparations for the early parliamentary elections to be held on 11 July 2021.

The visit took place in a deeply polarised environment and amid chronic political instability, which had led to the calling of snap elections. The delegation regrets that, despite the apparent political consensus on holding early polls, most political forces appear to focus on confrontation, rumours and division rather than trying to reunite society around key strategic issues. It nevertheless salutes the fact that all major political forces have decided to participate in this electoral process, which allows the Moldovan people to make their choice from among a wide political spectrum of parties and electoral blocs.

With regard to the legal framework, the Assembly’s pre-electoral delegation welcomes the fact that, since the previous elections in 2019, the Republic of Moldova has adopted changes to its Electoral Code that have returned the country from a mixed electoral system – which had led to criticism from the Venice Commission – to a system of proportional representation from closed party lists. It regrets, however, that several other recommendations made after the previous elections, which could have remedied many of the recurring problems and systemic weaknesses, still remain to be addressed.

The delegation was informed about a number of long-standing concerns that persist, in particular cases of intimidation and hate speech, including against women candidates and minority groups; cases of misuse of administrative resources; allegations of vote buying intentions and concerns over possible large-scale, organised transportation of voters on election day; and a lack of effective campaign finance oversight. The Assembly’s delegation deplores such practices in the election campaign and asks the relevant authorities to take all necessary measures to eliminate them.

The Assembly’s delegation shares the concern expressed by most election stakeholders over the lack of transparent implementation of criteria for opening additional polling stations abroad, which has raised tensions with the CEC and which it observes is one of the most disputed issues of the campaign. It recalls that the role of the CEC is to ensure the right of all citizens to participate effectively in the elections. The number and the location of polling stations must be in proportion to that of the voters living in different countries.

Another issue that gives cause for concern is the decision by the CEC to set up polling stations in the Bender municipality and the village of Corjova, which are beyond the effective control of the constitutional authorities of the Republic of Moldova. Moldovan citizens in the Transnistrian region have the right to vote, but they should be able to exercise this right in locations where adequate conditions of security exist, and where the access of national and international observers can be ensured without compromising their safety or creating dangerous precedents.

Many interlocutors highlighted the lack of public trust in state institutions resulting from multiple corruption scandals and the lack of independence of the judiciary. With regard to campaign financing, while legal regulations on campaign and party finance have generally improved and the parties’ election expenditure reports are provided in due form, the CEC admitted its incapacity to effectively control the funding of the campaigns of political parties, notably due to disguised funding through concealed advertisements, manipulated opinion polls and fake donations, inter alia.

The Audiovisual Co-ordinating Council informed the delegation that equal access of parties and candidates is ensured according to the legislation. However, the delegation appeals to the Council to improve the transparency of its decision-making process. The delegation remains concerned about the limited media pluralism due to a very high degree of affiliation of media with the main political parties, and the obscure nature of the sources of their financing. This continuing monopolisation of media outlets raises doubts as to the fairness of the campaign. The delegation asks the public broadcaster in particular to ensure equal access and, most importantly, well-balanced and fair coverage for all registered political parties and candidates according to the legislation.

The PACE pre-electoral delegation regrets the lack of female candidates in top positions of the party lists and calls on all political forces to make enhanced efforts to achieve gender balance.

It recalls that the Assembly has observed all parliamentary and presidential elections in the Republic of Moldova since 1994, apart from the November 2020 presidential election, which could not be observed because of the Covid-19 pandemic. The delegation was informed that there was no significant increase in Covid cases after the presidential election, which raises confidence in the capacity of the Moldovan state authorities to provide adequate sanitary conditions on election day. Nonetheless, many challenges arising from the Covid-19 pandemic, notably economic and social challenges, still remain to be addressed in the interest of the Moldovan people, alongside the fight against corruption and efforts to improve the independence of the judiciary.

The authorities of the Republic of Moldova stressed the importance of objective observation of the coming elections; they assured the Assembly’s pre-electoral delegation that all appropriate measures will be taken to ensure equal conditions for all parties and candidates participating in the elections.

Members of the delegation: