Group of experts on large carnivores 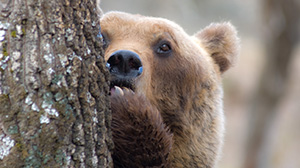 Large Carnivores are a source of emotions around Europe. While three species (wolf, bear and Eurasian lynx) are recovering part of the space they lost and may create conflict with livestock raising, the Iberian lynx is critically endangered and the wolverine is under some threat.

Activities on Large Carnivores have been going on for over 25 years under the convention. A milestone was the adoption of five European Action Plans produced in collaboration with the Large Carnivore Initiative for Europe (LCIE) in 1999, for wolf, Eurasian lynx, bear, Iberian lynx and wolverine. The Group of experts works in tight collaboration with LCIE and promotes the implementation of the Action Plans at the national and European level, insisting on a new population based approach adopted in 2008.