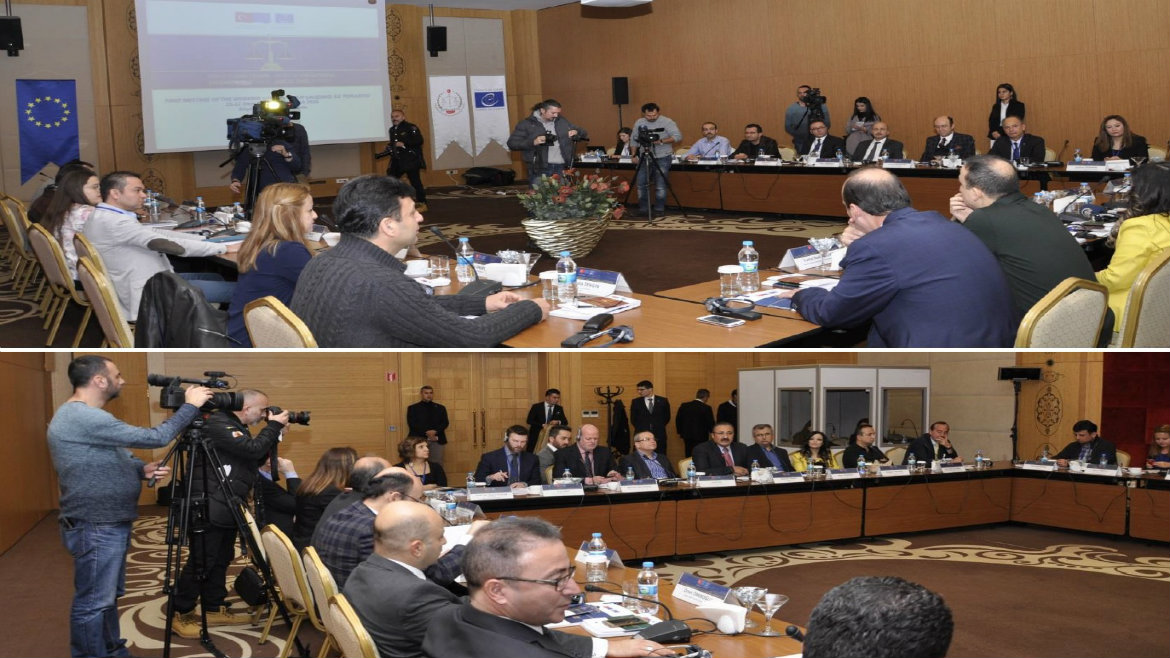 The first meeting of the Working Group for the drafting of a code of judicial ethics for Turkish judges and prosecutors was held in Abant, Turkey on 15-17 December 2016 under the framework of the Project on “Strengthening Judicial Ethics in Turkey”. The meeting followed a series of consultation meetings held so far with judges, prosecutors, lawyers, academicians, NGO representatives, and media representatives under the Project and took into account the inputs and recommendations expressed during such meetings.

Members of the Working Group include judges, prosecutors, lawyers, inspectors, academicians and international experts. At its first meeting, the Working Group focused on the main features related to the content and format of the ethics text to be drafted.

The Working Group will hold a series of meetings throughout January and February 2017, and the ethics code is envisaged to be finalised in late February 2017.