You were redirected to https://www.coe.int/en/web/ankara/-/the-needs-assessment-process-on-the-institutional-capacity-of-the-court-of-cassation-completed . 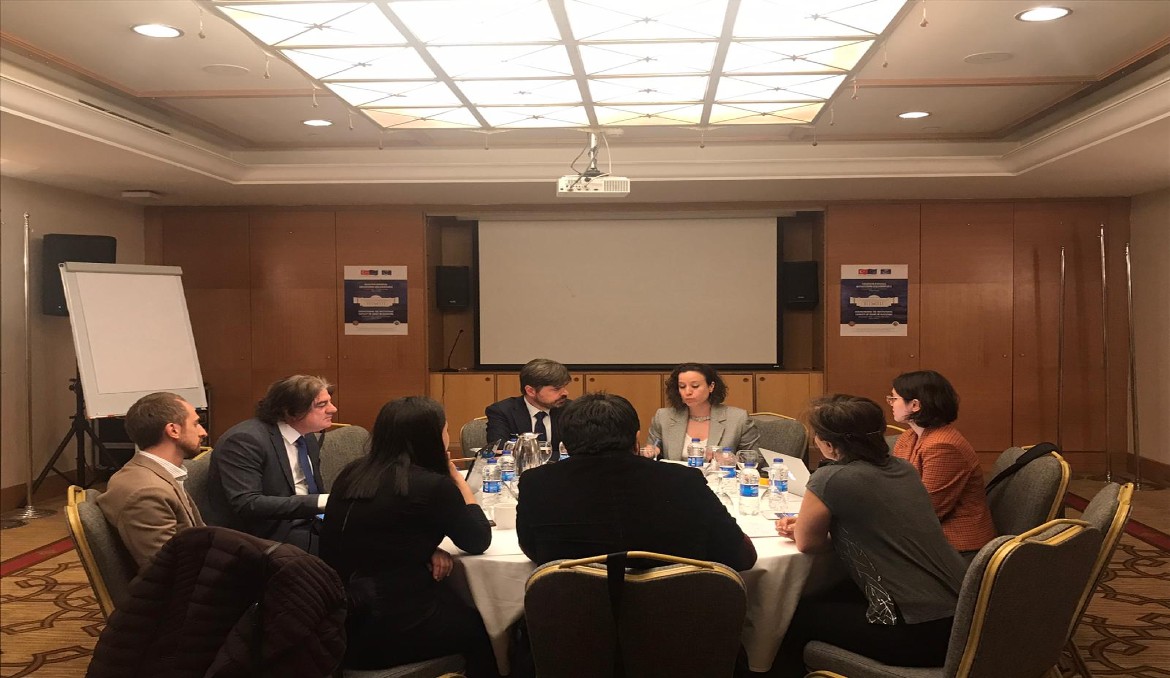 The needs assessment process under the EU-CoE Joint Project on “Strengthening the Institutional Capacity of Court of Cassation” ended with the completion of surveys and focus group interviews. In this respect, an in-depth research was conducted on the basis of the desk review report regarding the efficiency and productivity of the Court of Cassation and produced based on the legislation and up-to-date statistics.

In the preparation and implementation phases of the surveys, the “self-assessment questionnaire” designed by the International Court Excellence Framework (IFCE) and “satisfaction surveys aimed at court users” developed by the European Commission for the Efficiency of Justice (CEPEJ) were taken as models for the first time in Turkey. The self-assessment surveys and court users satisfaction surveys developed to this end were undertaken on 17-21 February 2020 in the premises of the Court of Cassation. The court staff’s perception of the services offered by the Court of Cassation was measured through the self-assessment survey that was carried out with a sample group of approximately 70 persons including members, public prosecutors, rapporteur judges and non-judicial staff members of the Court of Cassation. On the other hand, questions were asked in the court premises through the court users satisfaction survey to a group of almost 100 participants, including the parties of cases reviewed by the cassation court and lawyers on their levels of satisfaction with the Court of Cassation and the possible areas for improvement.

Based on the results obtained through the surveys, focus group interviews and in-depth interviews were held on 9-13 March 2020 with representatives from the Court of Cassation and various stakeholders, including the Ministry of Justice, the Council of Judges and Prosecutors, Ankara Regional Court of Justice, Istanbul Regional Court of Justice, Ankara West Courthouse, the Union of Turkish Bar Association as well as Ankara and Istanbul bar associations. The participants voiced their views on a selection of subjects such as the caseload and backlog of the Court of Cassation, case law consistency, the quality of judgments of the Court, the training needs of staff members of the Court and court users’ and legal professionals’ levels of satisfaction with the Court.

The baseline report to be built on the outputs and results obtained through the self-assessment and court users satisfaction surveys as well as the focus group and in-depth interviews is expected to be finalised the next month.