THE INTERNATIONAL SYMPOSIUM ON “EXCELLENCE IN HIGH COURTS OF APPEAL” HELD 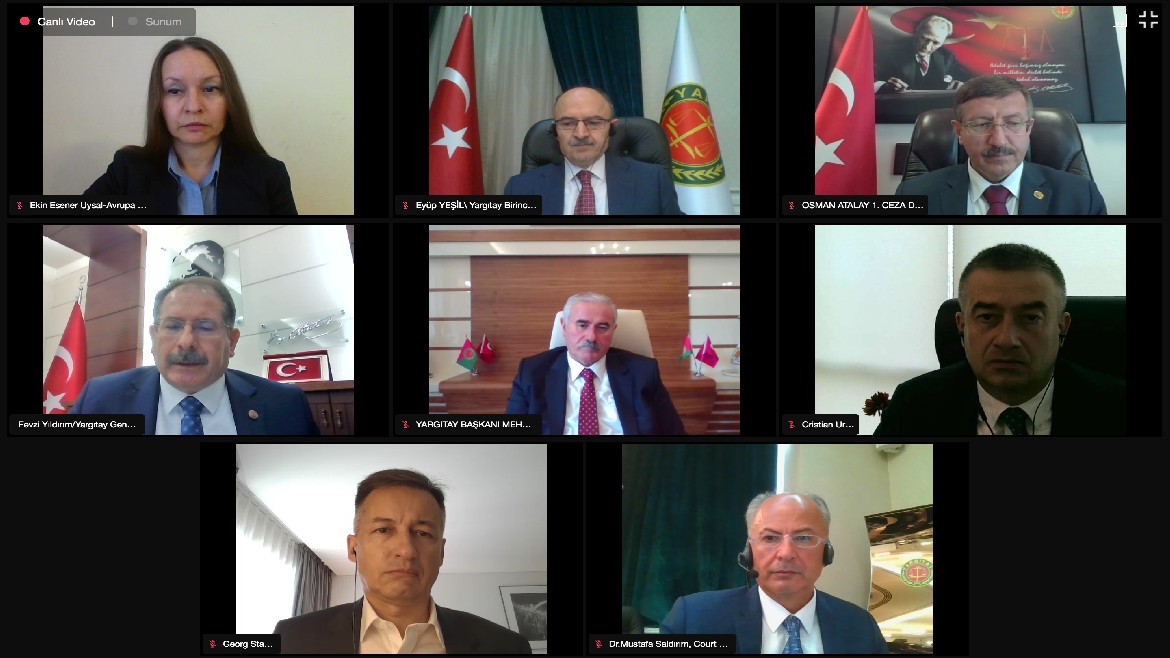 The international symposium on “Excellence in High Courts of Appeal” was held online on 4 June 2021 with a view to exchanging international knowledge and experience and elaborating on excellence in high courts of appeal. The event brought together views from the National Center for State Courts (NCSC) of the United States of America, the European Commission for the Efficiency of Justice (CEPEJ), the International Consortium for Court Excellence and the National High Court of Spain with an aim at enriching knowledge among Turkish judicial professionals and the Turkish Court of Cassation.

The symposium was attended by over ninety participants, including presidents of chambers, bench members, rapporteur judges and public prosecutors of the Court of Cassation. Speakers included Mr Fevzi YILDIRIM, Secretary General of the Turkish Court of Cassation, Mr Georg STAWA, Former President of CEPEJ, Mr Daniel HALL, Vice President of the Court Consulting Services Division of the NCSC, Dr Mustafa SALDIRIM, Deputy Secretary General of the Court of Cassation, Hon. Robert J. TORRES, President-Elect of the American Judges Association’s Executive Committee and Board of Governors and Former Chief Justice of the Supreme Court of Guam and Mr Manuel FERNÁNDEZ-LOMANA GARCÍA, Consultative Council of European Judges (CCJE) Representative from Spain and Senior Judge of the 2nd Section Administrative Chamber of the National High Court of Spain.