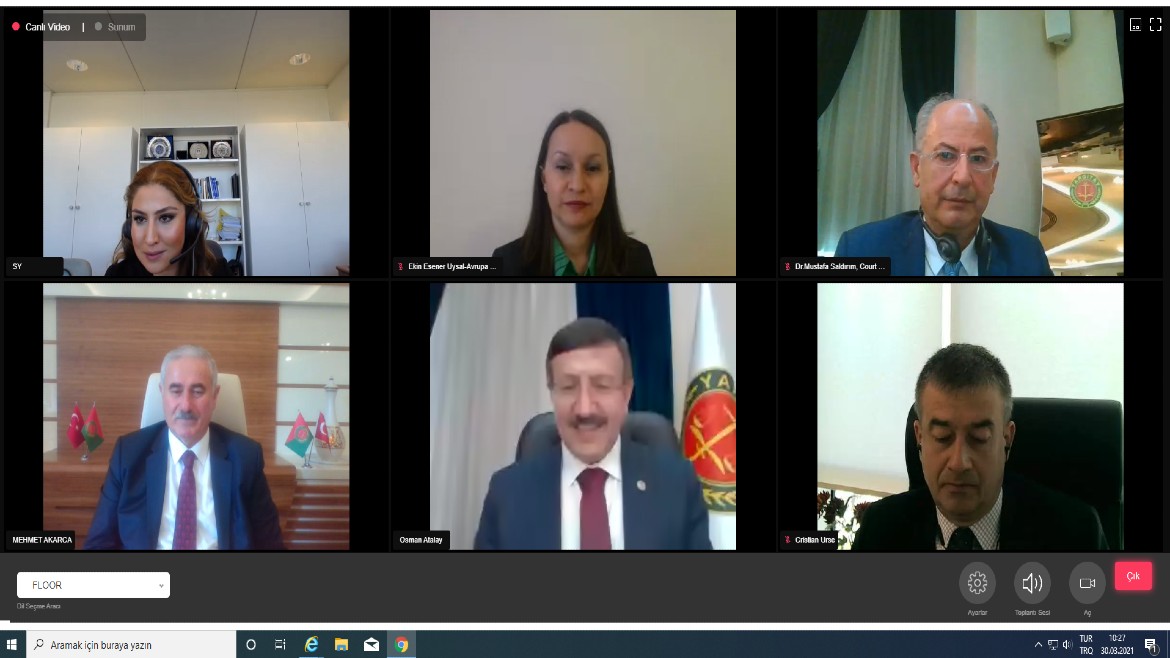 The first international symposium on the “Reasoned Judgments in High Courts of Appeal” was held online on 30 March 2021 with the aim to improve the reasoning in judgments of the Court of Cassation by discussing international experience and the work of the highest instance supreme courts.

In his opening remarks, Mr Mehmet AKARCA, First President of the Court of Cassation of Turkey emphasised the importance of the judgments of high courts to provide guidance and setting a precedent, as they concern not only the parties, but the whole public. Mr Cristian URSE, Head of the Council of Europe Programme Office in Ankara highlighted that the reasoning of judgments is a key part to access to fair trial in the context of Article 6 of the European Convention of Human Rights.

The symposium was attended by around one hundred participants, including presidents of chambers, bench members, rapporteur judges and public prosecutors of the Court of Cassation, Turkish Judge Assoc. Prof. Saadet YÜKSEL and Senior Lawyer Ms Yasemin ÇAĞ from the European Court of Human Rights, Mr David G. CAMPBELL, Senior Judge at the United States District Court for the District of Arizona and Mr J. Clifford WALLACE, Chief Judge Emeritus of the United States Court of Appeals for the Ninth Circuit.

A second symposium is planned to be held on 9 April 2021.