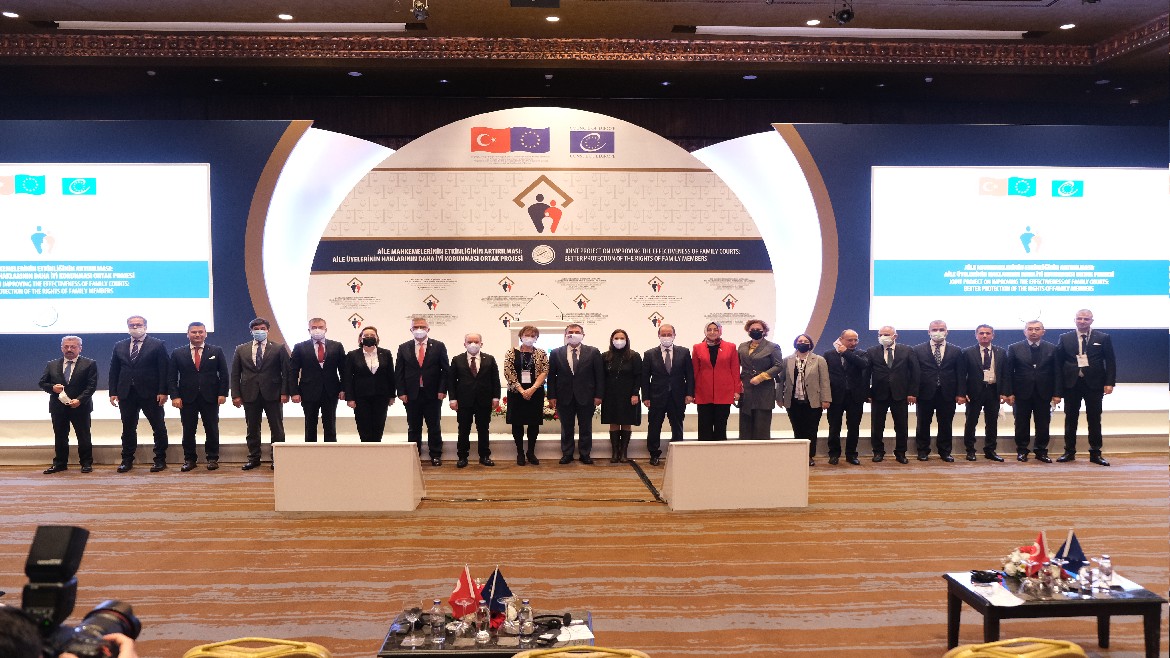 On 18 January 2022, the European Union and the Council of Europe have launched the joint programme on “Improving the effectiveness of Family Courts: Better Protection of the Rights of Family Members”, aimed at supporting the functioning of family courts in Turkey.

“This project is specifically designed to improve the effectiveness of Turkish family courts in protecting the rights of women, children and other family members, by equipping judges at family courts and public prosecutors working in the domestic violence bureaus, as well as other relevant legal professionals, with capacities and skills in the areas that would directly contribute to ensuring family justice,” said Verena Taylor, Director of the Office of the Directorate General of Programmes of the Council of Europe, present at the event.

Deputy Foreign Minister Faruk Kaymakcı, President of the Justice Academy of Turkey Muhittin Özdemir, and Deputy Head of the EU Delegation to Turkey Eleftheria Pertzinidou have also delivered opening speeches, emphasizing the importance of the project for the overall upholding and promoting fundamental rights in Turkey.

On the occasion of her presence in Ankara, Director Verena Taylor held bilateral meetings with President of the Constitutional Court Zühtü Arslan, Secretary General of the Court of Cassation Fevzi Yıldırım, and President of the Justice Academy Muhittin Özdemir, representing beneficiary institutions of Council of Europe cooperation activities. She also met Ambassador Nikolaus Meyer-Landrut, Head of the EU Delegation to Turkey, and Director General Bülent Özcan of the Ministry of Foreign Affairs of Turkey, to discuss ongoing and planned cooperation projects in the country.