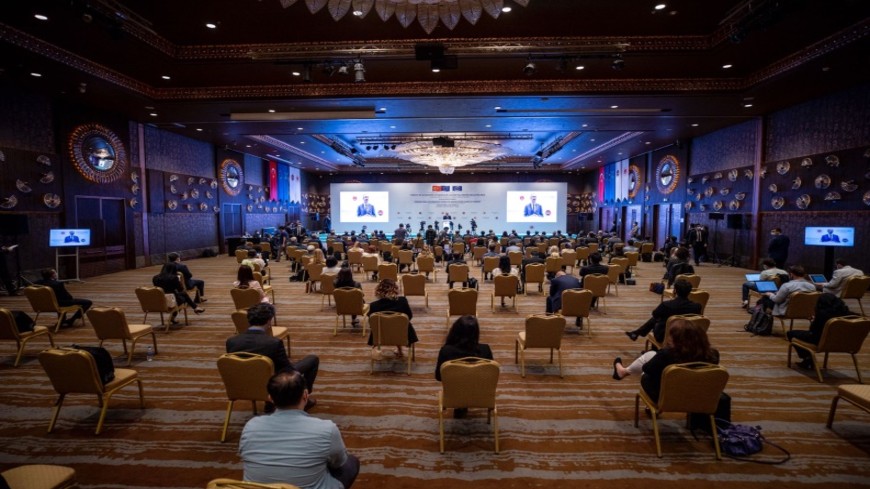 The European Union-Council of Europe Joint Project on “Promoting Alternative Dispute Resolution (ADR) in Turkey” was formally launched on 10 June 2021. The Project aims to improve the effectiveness of the justice system and access to justice by providing a faster dispute resolution for citizens, businesses, legal persons and other organisations and institutions at large as well as to ensure better functioning of the judiciary through decreasing the workload of the courts by enhancing the scope and use of ADR mechanisms in Turkey. Through the majority of its activities, the Project will work to improve conciliation in the criminal justice system in line with principles and standards of restorative justice, to enhance the use and quality of mediation and arbitration through strengthening capacities of relevant professionals and institutions, and shall aim to strengthen the leadership role of the Ministry of Justice in strategic planning, policy development and co-ordination of ADR mechanisms. The duration of the Project is 36 months and it will end in December 2023.

Opening speeches were delivered by Abdulhamit GÜL, Minister of Justice of the Republic of Turkey; Christophe POIREL, Human Rights Director of the Council of Europe; André LYS, Head of Cooperation, Minister Counsellor, EU Delegation to Turkey; and Barbaros Murat KÖSE, Deputy Head of the Central Finance and Contracts Unit.

The Turkish national authorities, EU and CoE highlighted the importance of the Action considering the workload of the Turkish courts and the increasing need for individuals and companies to resolve their disputes through ADR mechanisms. The Project is considered a timely intervention and will support the implementation of a series of actions provided in the Judicial Reform Strategy and the Human Rights Action Plan.

The event was broadcasted live on social media: https://youtu.be/onAQtKfBDfw

The Joint Project on “Promoting Alternative Dispute Resolution (ADR) in Turkey” is co-funded by the European Union and the Council of Europe and implemented by the Council of Europe. The Ministry of Justice of the Republic of Turkey – Directorate General for Criminals Affairs and Directorate General for Legal Affairs are the end beneficiaries of the Project. The Central Finance and Contracts Unit is the contracting authority.