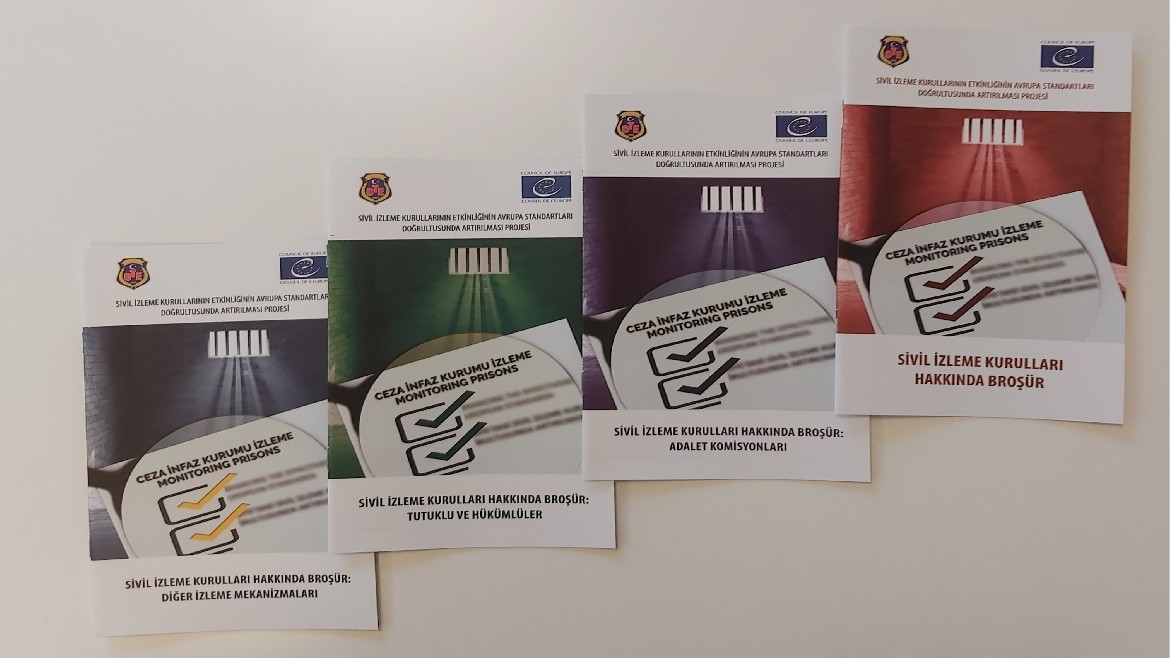 The Project “Enhancing the Effectiveness of Civil Monitoring Boards (CMB) in line with the European standards” distributed leaflets aiming at informing prisoners, professionals and the general public on the role, mandate and responsibilities of the CMBs. A total of 57,000 leaflets were printed in Turkish and disseminated to 133 courthouses, 458 prisons, 81 local bar associations, 65 local medical chambers, civil society organisations and other external prison monitoring mechanisms.

According to the information received from the Directorate General for Prisons and Detention Houses (DGPDH), the CMB Bureau of the DGPDH has received 50 applications/letters from prisoners following the distribution of the leaflets in the period between March and July 2021. The letters are being forwarded to the relevant CMBs through the respective Justice Commissions, thus ensuring further actions are undertaken by CMBs and interviews with the prisoners concerned take place. This demonstrates that visibility of CMBs has significantly increased among the prison population in Turkey and the project has had a very positive impact to date, and continues to be implemented successfully. Furthermore, it is important to note that there are also letters of appreciation from prisoners regarding the interviews held with the CMBs, which confirms there was concrete follow-up by the CMBs to the complaints.

The leaflets have been printed and distributed in the scope of the Project entitled “Enhancing the Effectiveness of the Civil Monitoring Boards in Turkey in line with the European Standards”, funded by Sweden, Switzerland, the Republic of Turkey, the Human Rights Trust Fund of the Council of Europe and Canada.