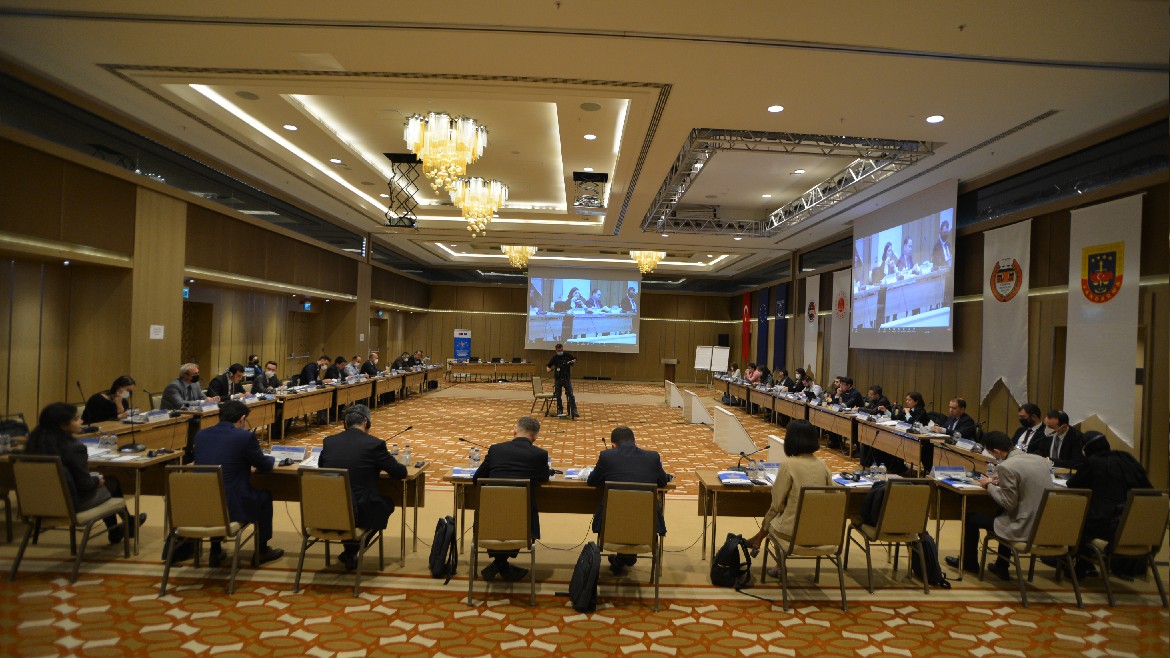 Following the first Coordination Meeting on Cybercrime that was held in the form of a hybrid event on 25th and 26th of October 2021 in Ankara, second Coordination Meeting on Cybercrime was held on 16-17 December 2021, in Istanbul in the form of a hybrid meeting with the participation of the representatives from Ministry of Justice including the Deputy Head of General Directorate of Criminal Affairs, Prosecutors, Judges, Turkish Gendarmerie, Turkish National Police, Information and Communication Technologies Authority, The Banks Association of Turkey, defence lawyers representing Turkish Penal Law Association and, national and international consultants of the project.

This activity aims to improve the co-operation among relevant national institutions, through exchange of information, experience and mutual challenges faced in all phases of judicial proceedings with regards to cybercrime.

In the first day of the meeting, the representatives of the abovementioned institutions have contributed to the meeting with the information of the problems they have identified in the field and discussed on good practises provided by the international consultants.

In the second and last day of the meeting, the representatives participated in the working groups and focused on possible solutions to ensure the most effective and useful coordination and cooperation between both public and private institutions that take significant role in judicial procedures of cybercrime, with the aspect of good practises from the previous day.

With this two-days meetings, the participated institutions became aware of the challenges that the other public institutions are facing and what should be done in order to strengthen coordination and cooperation between themselves especially during the investigation and prosecution of cybercrimes.

A comprehensive report on coordination on cybercrime is going to be produced after all the coordination meetings on the subject are completed.

This meeting will be followed by six more, in six different cities where Cybercrime Bureaus are located.

This meeting was organised under the EU/CoE Joint Project “Strengthening the Criminal Justice System and the Capacity of Justice Professionals on Prevention of the European Convention on Human Rights Violations in Turkey”.