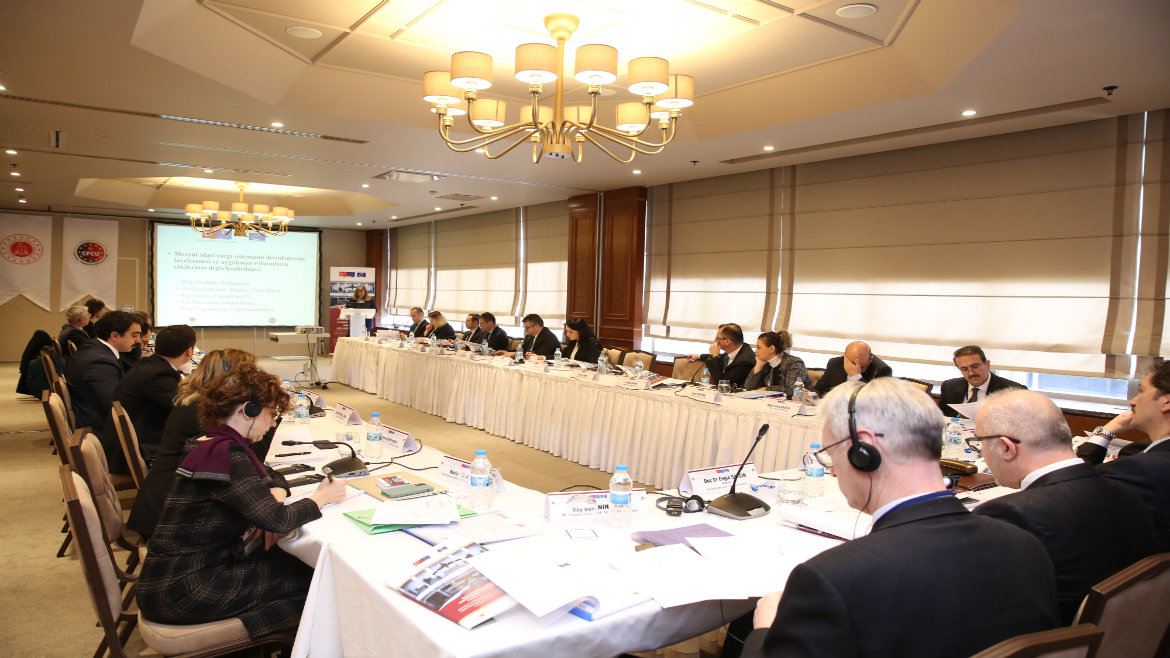 The first workshop on drafting a roadmap for an improved administrative justice system was held in Ankara on 20-21 February 2020. The workshop brought together a total of 28 representatives from the Council of State, the Council of Judges and Prosecutors, the Ministry of Justice and Presidents and Members of Regional Administrative Courts, administrative and tax courts in order to share their ideas on the findings of the initial assessment report presented by the team of consultants, to have a common understanding of priorities, actions, measures, tools, piloting activities and the timeline for the Roadmap in line with the Judicial Reform Strategy of Turkey.

Based on the outputs of the activity, a framework of the Roadmap will be developed further and a number of workshops will be complemented with participation of different stakeholders in order to integrate other pillars of the actions (i.e. training, methods of alternative dispute resolution).

The Joint Project on “Improving the Effectiveness of the Administrative Judiciary and Strengthening the Institutional Capacity of the Council of State” is implemented by the Council of Europe, and co-funded by the European Union, the Republic of Turkey and the Council of Europe. The Turkish Ministry of Justice - Directorate General for Legal Affairs is the end beneficiary of the Project.