Recommendations of Experts on Effective Divorce Proceedings Evaluated by Stakeholders 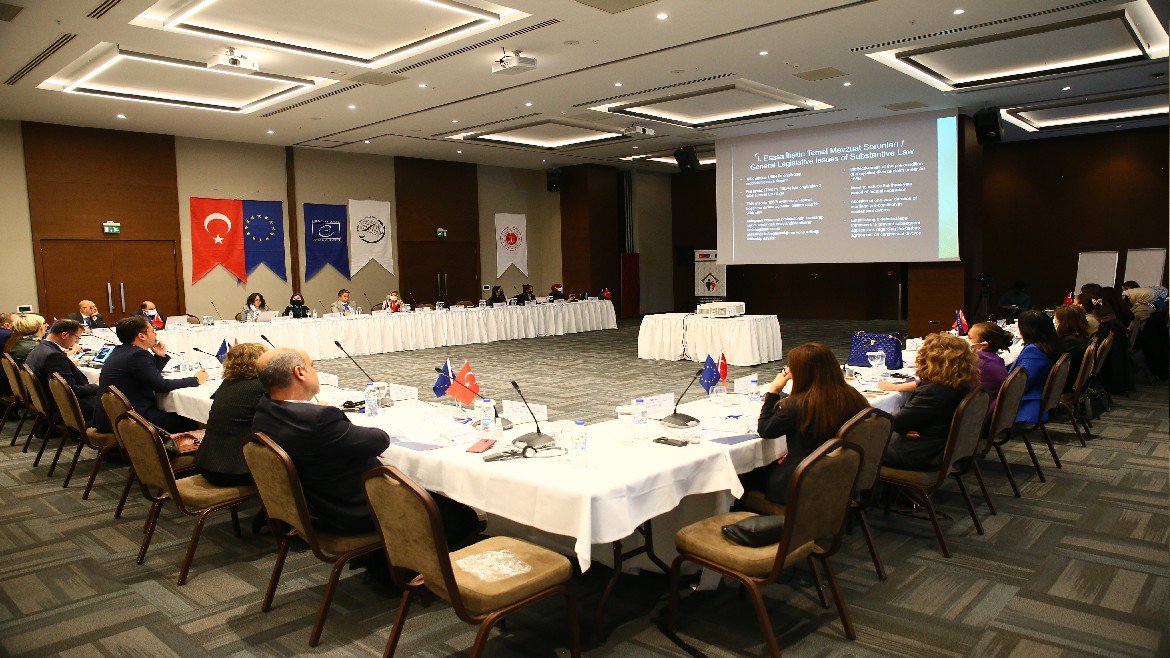 Recommendations for improvements listed in the Recommendations Report, prepared by the team of experts established within the scope of the activity, namely Attorney Nadia Rusinova (LL.M.) from the Hague University of Applied Sciences, Assoc. Prof. Dr. Nil Karabağ Bulut and Asst. Prof. Dr. Cansu Kaya Kızılırmak from Istanbul University, were discussed by the stakeholders.

Among the stakeholders participating in the meeting were family court judges from Ankara, Izmir and Kars, head and members of the relevant chambers of Ankara and Izmir Regional Courts of Justice, representatives of the 2nd Chamber of the Court of Cassation, Ministry of Justice General Directorate of Legislation, General Directorate of Legal Affairs and Department of Judicial Support and Victim Services, Women’s Rights Commission of the Union of Turkish Bar Associations and Ankara Bar Association (Poppy Centre / Gelincik Merkezi).

The first draft of the Recommendations Report, which was shared with stakeholders during the Roundtable Meeting, was prepared following an evaluation of proposed solutions resulting from the first two roundtable meetings which were held on 13-14 October 2021, based on the best European practices. The recommendations included in the Report contain prospective legislative amendments and changes in practice about, primarily the principle of fault, provisions on divorce in the Turkish Civil Code and the Code of Civil Procedure, legal aid, processes in which children are involved and other procedural issues to improve the effectiveness of divorce proceedings.

Opinions expressed by the stakeholders will be reflected in the final draft of the report and as such the report will be finalised.

The “Improving the Effectiveness of Family Courts: Better Protection of the Rights of Family Members” Project is co-funded by the European Union and the Council of Europe and implemented by the Council of Europe and Justice Academy of Turkey. The Project aims to ensure rule of law and fundamental rights in Turkey as fully in line with international and European standards and to improve the effectiveness of family courts in protecting the rights of women, children, and other family members.