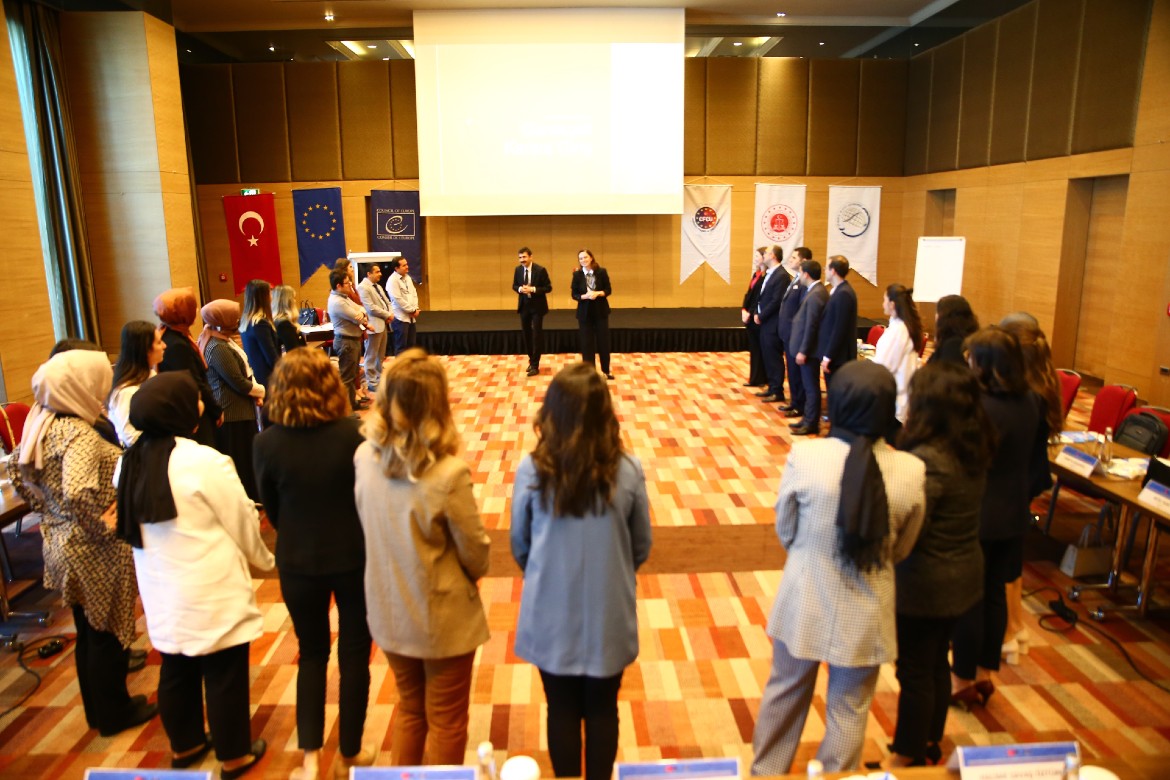 In-service training modules on reasoned judgements and right to liberty and security was piloted on 11 - 12 May in Ankara with the participation of 85 judges and prosecutors. The training activity was opened with addresses by the Deputy Minister of Justice Mr Hasan Yılmaz, the President of the Justice Academy, Mr Muhittin Özdemir and Council of Europe Head of Department on implementation of Human Rights and Justice and Legal Co-operation Standards, Mr Frederic Dolt.

In his opening remarks, Mr Dolt reiterated the importance to apply the knowledge of human rights standards acquired in trainings, which can lead to a real change.

The training was conducted by experienced trainers of the Justice Academy of Turkey, who had previously received training by the Council of Europe in the scope of the project.

This activity was organised under the EU/CoE Joint Project “Strengthening the Criminal Justice System and the Capacity of Justice Professionals on Prevention of the European Convention on Human Rights Violations”.