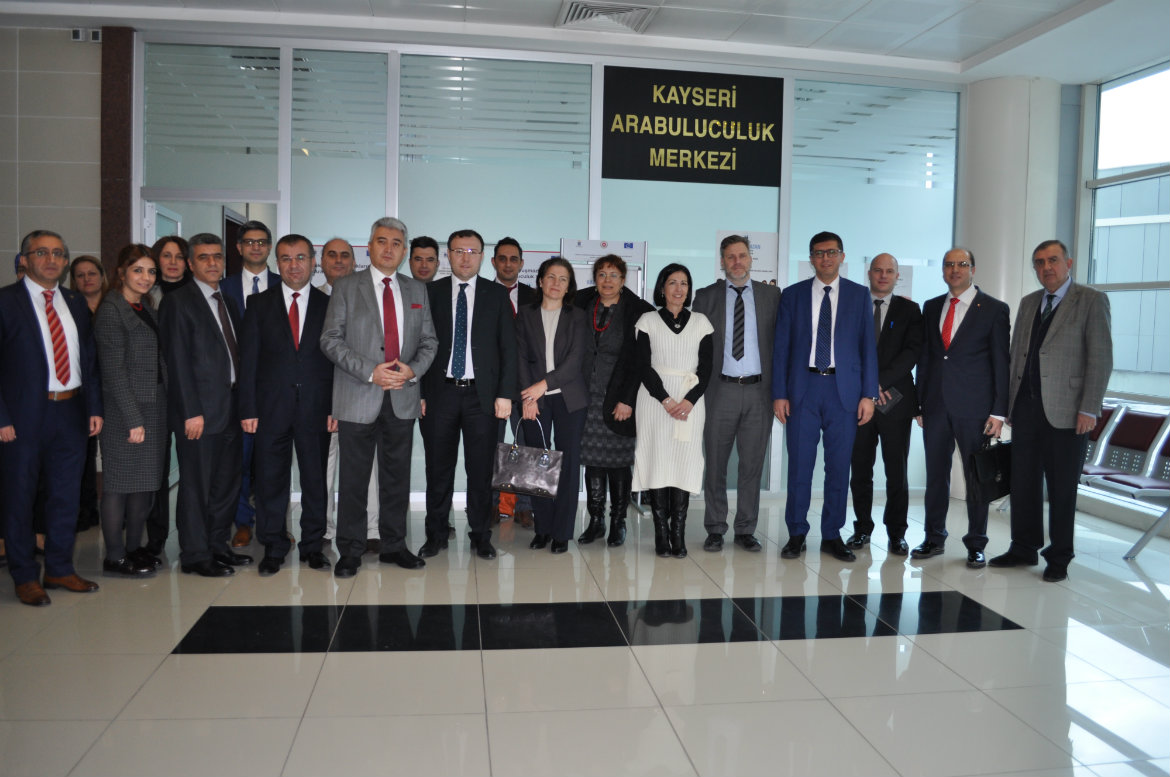 Monitoring visits to observe the pilot practices in Mersin and Kayseri jurisdictions were held in the framework of the project entitled "Developing Mediation Practices in Civil Disputes in Turkey", implemented by the Council of Europe and co-funded by the Swedish International Development Cooperation Agency (SIDA) and the Republic of Turkey. The delegation composed of the Ministry of Justice; the Council of Europe and SIDA representatives launched the monitoring visits in Mersin on 19 January 2016.

The monitoring visits continued in Kayseri on 21 January 2016 with a pre-assessment meeting with the participation of Chief Public Prosecutor of Mersin, Head of Justice Commission, pilot judges, mediators, mediation centre and front office staff. Following the meeting, a hearing was observed at the 4th Labour Court of Kayseri to observe the judicial referral process. Then the delegation held a meeting with the staff of the Mediation Centre and Front Office within Kayseri courthouse and was briefed about the pilot practices in these offices. The delegation then took part in the seminar on “Mediation in Labour Disputes” organised for lawyers and mediators. The visits were concluded on 22 January with a wrap-up meeting to evaluate the outcomes of the pilot practices in Kayseri.

The findings and outcomes of monitoring visits to two pilot jurisdictions – Mersin and Kayseri – shall be utilised in modifying the schemes which would improve the efficiency of mediation system in Turkey.