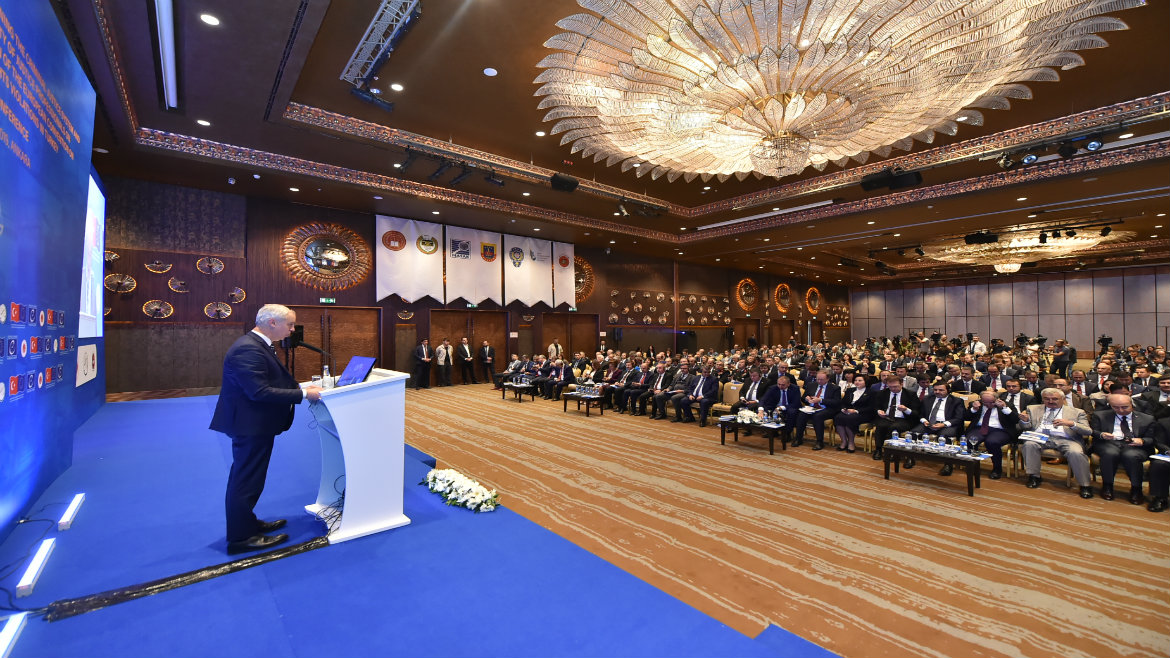 The European Union-Council of Europe Joint Project on “Strengthening the Criminal Justice System and the Capacity of Justice Professionals on Prevention of the European Convention on Human Rights Violations in Turkey” was launched on 3 October 2019, in Ankara with the participation of approximately 350 judges, prosecutors and representatives from different project stakeholders including supreme judicial authorities, judicial bodies, security forces, finance and information technology institutions.

The conference is marked with very high-level participation of stakeholders including Mr Abdulhamit Gül (Minister of Justice), Mr Ismail Rüştü Cirit (President of the Court of Cassation), Ms Zerrin Güngör (President of the Council of State), Mr Muhittin Özdemir (President of Turkish Justice Academy) and Mr Christian Berger (Head of the European Union Delegation to Turkey).

Director of Human Rights of the Council of Europe, Mr Christophe Poirel, underlined the efforts undertaken by Turkey to continue to reform its judiciary in line with European standards by referring to the new Judicial Reform Strategy, which covers the area of fundamental rights and criminal justice. He also pointed out the importance of making the criminal justice system more effective, fair and transparent, based on human rights standards.

The focus of the panels’ discussions concerned the pre-trial detention, the fairness of criminal proceedings, the fight against cybercrime and financing of terrorism with a comparative perspective.

The project’s overall objective is to further strengthen and make the Turkish judiciary more efficient, effective and visible by ensuring its compliance with the international and European standards in the field of criminal justice. It will last for 36 months and end in March 2022.

Christophe POIREL, Director of Human Rights of the Council of Europe [TEXT] [VIDEO]