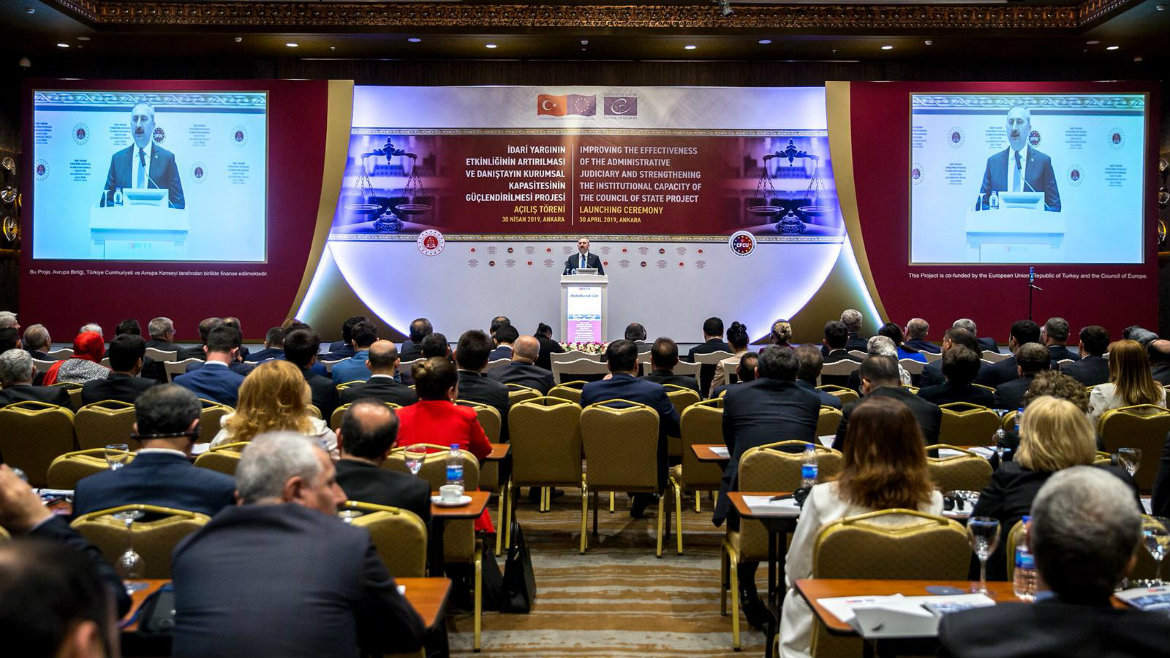 The joint project of the European Union and the Council of Europe on “Improving the Effectiveness of the Administrative Judiciary and Strengthening the Institutional Capacity of the Council of State” was launched on 30 April 2019, in Ankara. The invitees included representatives of the Ministry of Justice, Council of State (CoS), European Union Delegation to Turkey, Ministry of Foreign Affairs – Directorate for EU Affairs, CFCU, First instance tax and administrative courts, Regional Administrative Courts (RAC), Lawyers, Ombudsman, other state institutions and civil society.

Opening speeches were delivered by the Minister of Justice Mr. Abdülhamit Gül, Vice President of the Council of State Mr. Mahmut Vural, Acting Head of Cooperation of the European Union Delegation to Turkey Mr. Angel Gutierrez Hidalgo, Head of Central Finance and Contracts Unit Mr.Selim Uslu, Head of Department for Justice and Legal Cooperation of the Council of Europe Ms. Hanna Juncher, Director General for Legal Affairs Ministry of Justice of the Republic of Turkey by Mr. Hakan Öztatar.

In his keynote speech, Mr. Abdulhamit Gül, the Minister of Justice of the Republic of Turkey said that “In this new period, we will expand our paths to a more effective, faster and fair administrative justice system.”

This project’s overall objective is to foster public confidence in the administrative judiciary by further strengthening its independence, impartiality and effectiveness and increasing its public awareness. It proposes measures to support the reforms that have been introduced by the Turkish authorities and develop further the administrative justice, if needed.It will last for 36 months and will end in December 2021.