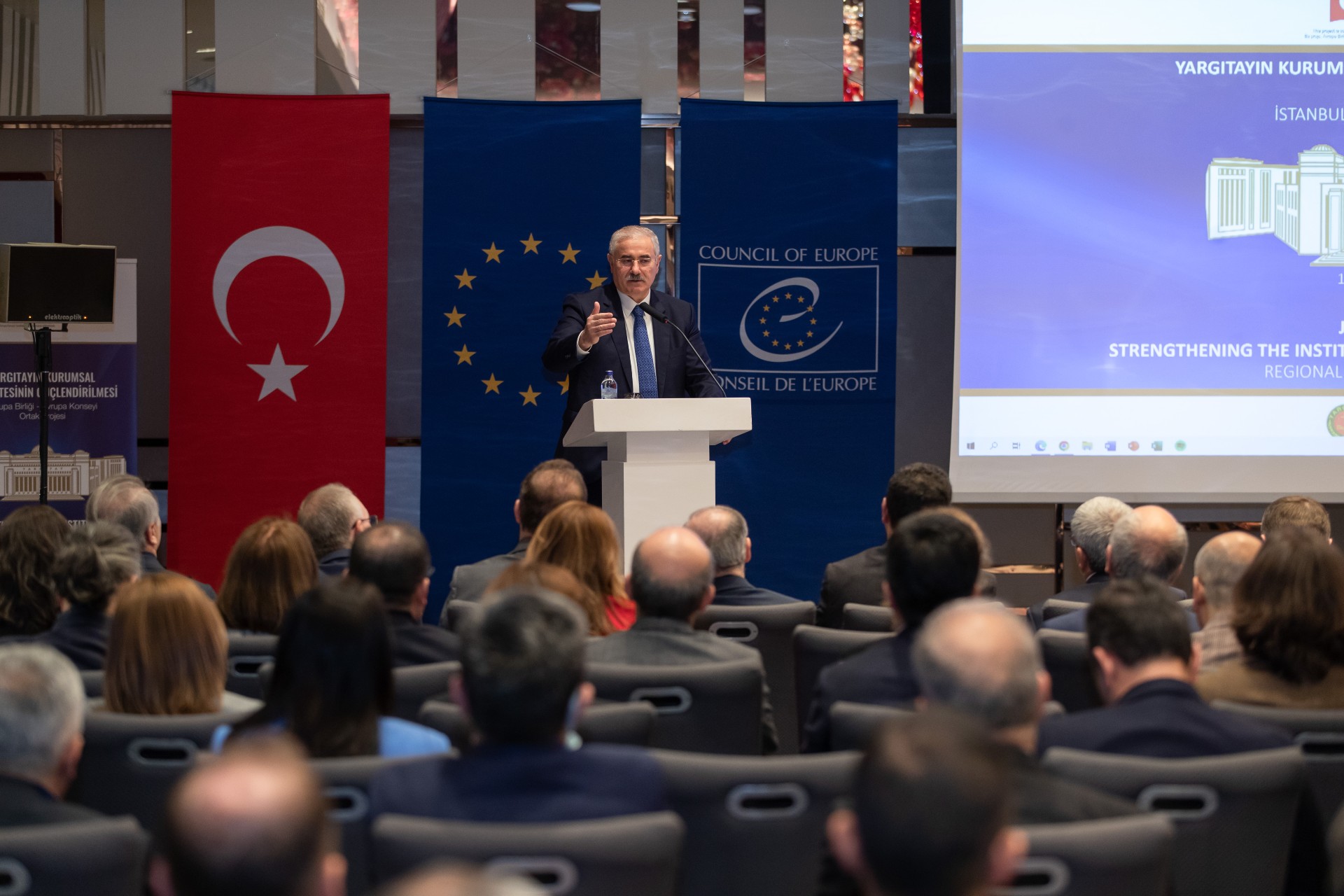 The “Istanbul Regional Case Law Forum” was held on 12-14 May 2022 in Istanbul under the Joint Project on “Strengthening the Institutional Capacity of Court of Cassation”. Bekir Şahin, Chief Public Prosecutor of the Court of Cassation, and chamber presidents, bench members, rapporteur judges and public prosecutors of the Court of Cassation, chamber presidents and bench members from Istanbul and Bursa regional courts of appeal, judges from first instance courts, as well as national and international experts attended the three-day event where group work and plenary sessions were held.

In his opening remarks, Mehmet Akarca, President of the Court of Cassation, stated that the most important duty of the Court of Cassation and its greatest responsibility towards society is to ensure case law unity with a view to guaranteeing legal security, equality before the law and legal foreseeability. Christophe Poirel, Director of Human Rights of the Council of Europe, emphasised the importance of courts of appeal with his following remarks: “Today, the duty of courts of appeal, and in particular courts of cassation, is not limited to reviewing the legality of judgments. Above and beyond that, they play a key role in ensuring legal security and foreseeability, improving case law consistency and unity, ensuring efficiency and safety of document management, preventing unreasonable delays in judicial reviews and unnecessary recourse to remedies through accessible and clear case law.” Fevzi Yıldırım, Secretary General of the Court of Cassation, made a presentation on the “Results of the Project Activities and the Road Map for the Improvement of Case Law Unity” following the opening remarks.

In the three-day forum where group work and plenary sessions were held, vital steps were taken to strengthen the case law unity and to increase the judicial quality.