International Symposium on “Protection of Lawyers as Human Rights Defenders” 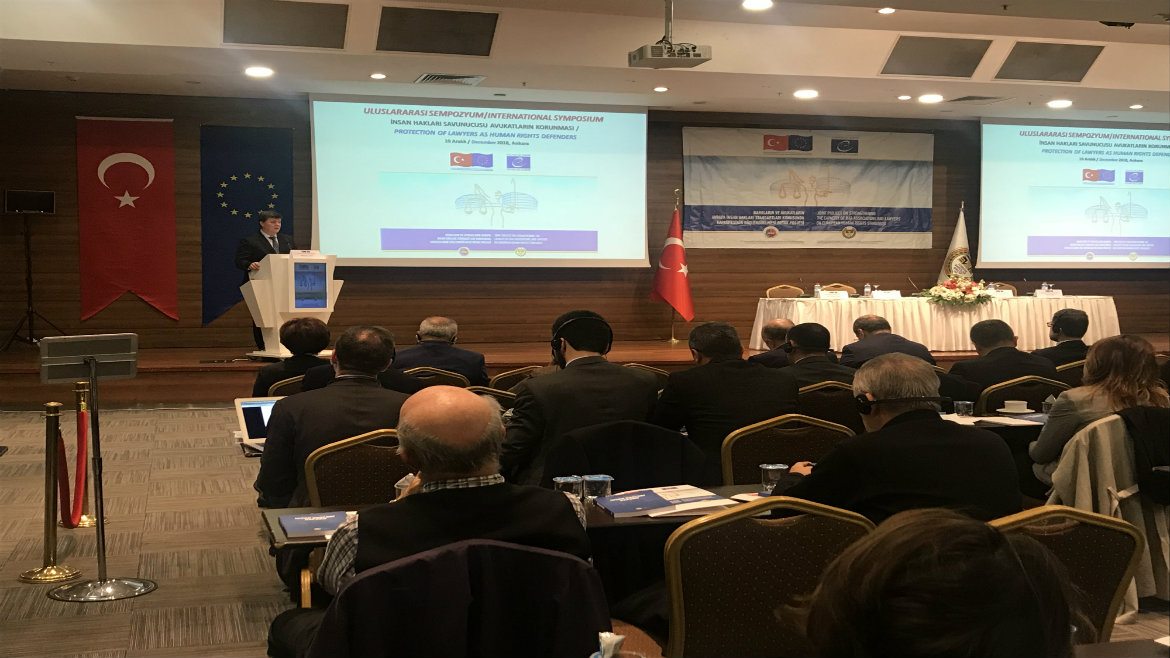 On 10 December 2018, the Human Rights Day, the Council of Europe and the Union of Turkish Bar Association (https://www.barobirlik.org.tr/en) held an international Symposium on “Protection of Lawyers as Human Rights Defenders”.

The opening speeches were delivered by Mr Lobov, the Head of the Human Rights Policy of Co-operation Department of the Council of Europe and Mr Feyzioğlu, the President of the Union of Turkish Bar Association. Mr Feyzioğlu announced that this year the UTBA’s human rights day award is given to Tahir Elçi, a prominent human rights lawyer who had been murdered in 2015.

Approximately 200 participants attended the event, including the presidents of bar associations, lawyers, judges and prosecutors from high courts and first instance courts, officials from the Ombudsperson’s office and representatives of human rights institutions NHRI and civil society.

The event composed of three sessions: on the first session the conceptual framework of the obligations and powers of lawyers and bar associations was discussed and the relevant national and international standards were addressed. The second session was dedicated to international initiatives and documents to protect lawyers defending human rights, in particular the actions and initiatives of the United Nations and the Council of Europe. The last session focused on the domestic problems of lawyers in Turkey, especially the deficiencies arising from the legislation and practice, and recommendations for their solutions.

The Symposium was organised within the framework of the joint EU-COE Project on “Strengthening the Capacity of Bar Associations and Lawyers on European Human Rights Standards” (https://www.coe.int/en/web/national-implementation/turkey-strengthening-the-capacity-of-bar-associations-and-lawyers-on-european-human-rights-standards).