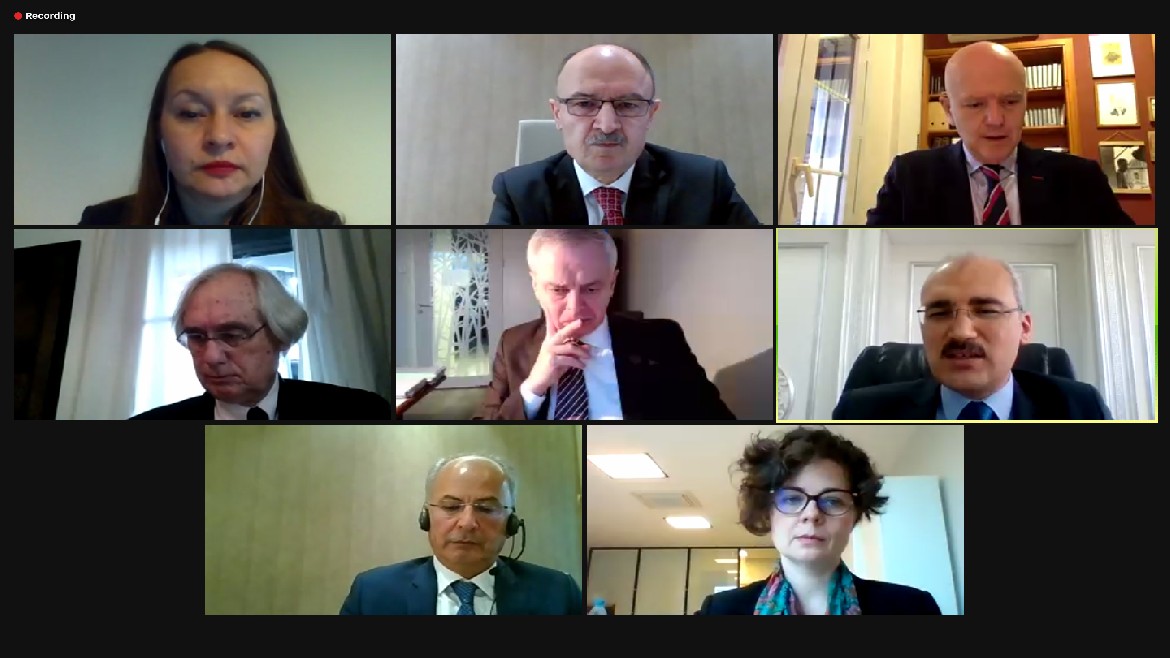 The International Symposium on “Human Resources and Strategic Court Management Within the Framework of Court Excellence” was held online on 15 December 2021 under the Joint Project on “Strengthening the Institutional Capacity of Court of Cassation”. In the symposium, knowledge and experience on the roles and responsibilities of assistant judges and other support staff within the framework of court excellence, including high courts of appeal, and on the relevant legal framework in comparative law were shared.

Christophe Poirel, Human Rights Director of the Council of Europe, and Eyup Yeşil, First Vice President and Head of the General Assembly of Criminal Chambers, spoke in the opening of the event. In his opening remarks, Poirel pointed out that the Project had made significant progress and gained momentum particularly in the recent period and also highlighted that the position and training of assistant judges and prosecutors were considered of strategic importance in various Council of Europe Member States, including the Republic of Turkey. Yeşil, on the other hand, indicated that the Court of Cassation had recently focused its reform activities on increasing the efficiency and judicial quality of the judiciary, which is the third main pillar of these studies.