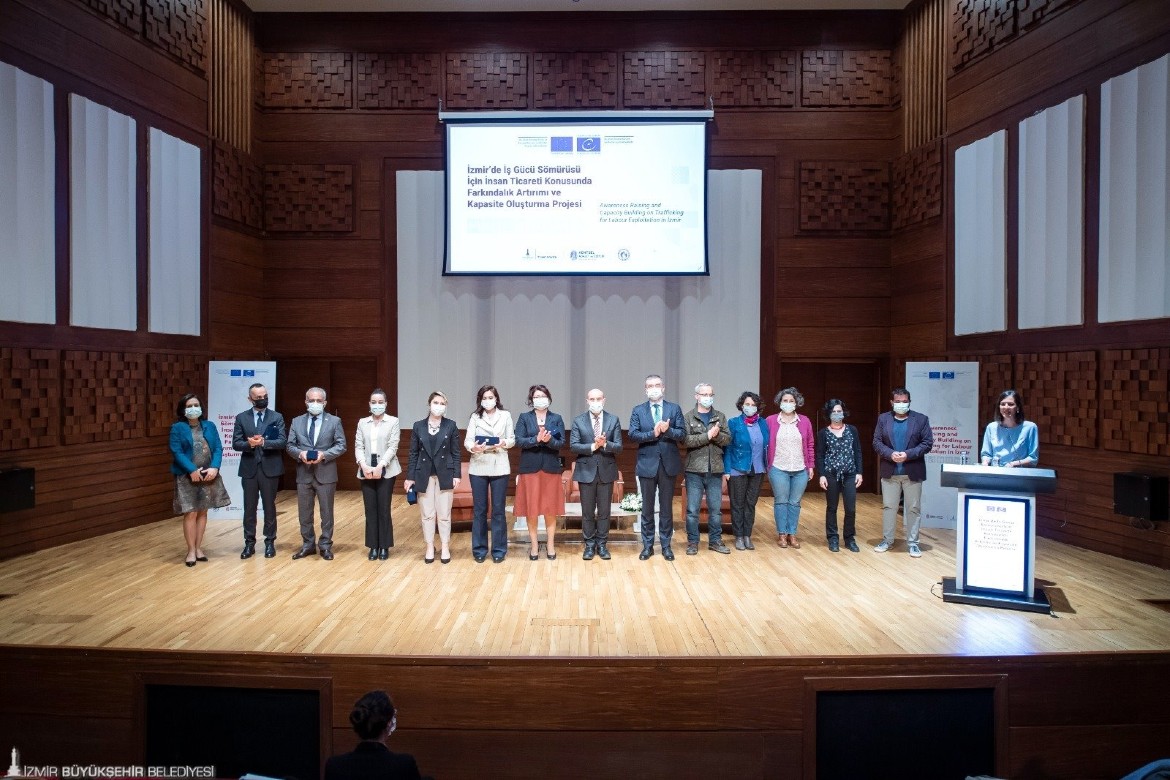 Under the slogan “Be a Voice in Combatting Trafficking in Human Beings”, the award ceremony of a poster competition and exhibition took place in Izmir on 28 March within the awareness-raising campaign on child trafficking and human trafficking for labour exploitation, organised by the İzmir Metropolitan Municipality in partnership with the Association for Solidarity with Asylum Seekers and Migrants (ASAM). The campaign was implemented through a grant scheme under the joint European Union - Council of Europe action “Strengthening the Human Rights Protection of Migrants and Victims of Trafficking in Human Beings in Turkey.”

Mayor of İzmir Metropolitan Municipality Mustafa Tunç Soyer and Head of the Council of Europe Programme Office in Ankara Cristian Urse were present at the event, alongside representatives of local public institutions and non-governmental organisations. Highlighting the importance of local ownership and sustainability, Cristian Urse expressed appreciation for the successful implementation of the awareness-raising and capacity building activities on child trafficking and trafficking for the purpose of labour exploitation in İzmir and for the dedication of the İzmir Metropolitan Municipality and ASAM to this project. Mayor Mustafa Tunç Soyer emphasised that cooperation with international and national partners is of great importance for fighting human trafficking effectively and addressing challenges stemming from migration flows in İzmir, and conveyed thanks to the Council of Europe and the European Union for their support.

On this occasion, the Head of the Council of Europe Ankara Programme Office held courtesy meetings with Governor of Izmir Yavuz Selim Köşger and Mayor Mustafa Tunç Soyer.

The action “Strengthening the Human Rights Protection of Migrants and Victims of Trafficking in Human Beings in Turkey” is implemented within the framework of the joint European Union/Council of Europe programme “Horizontal Facility for the Western Balkans and Turkey 2019-2022”.