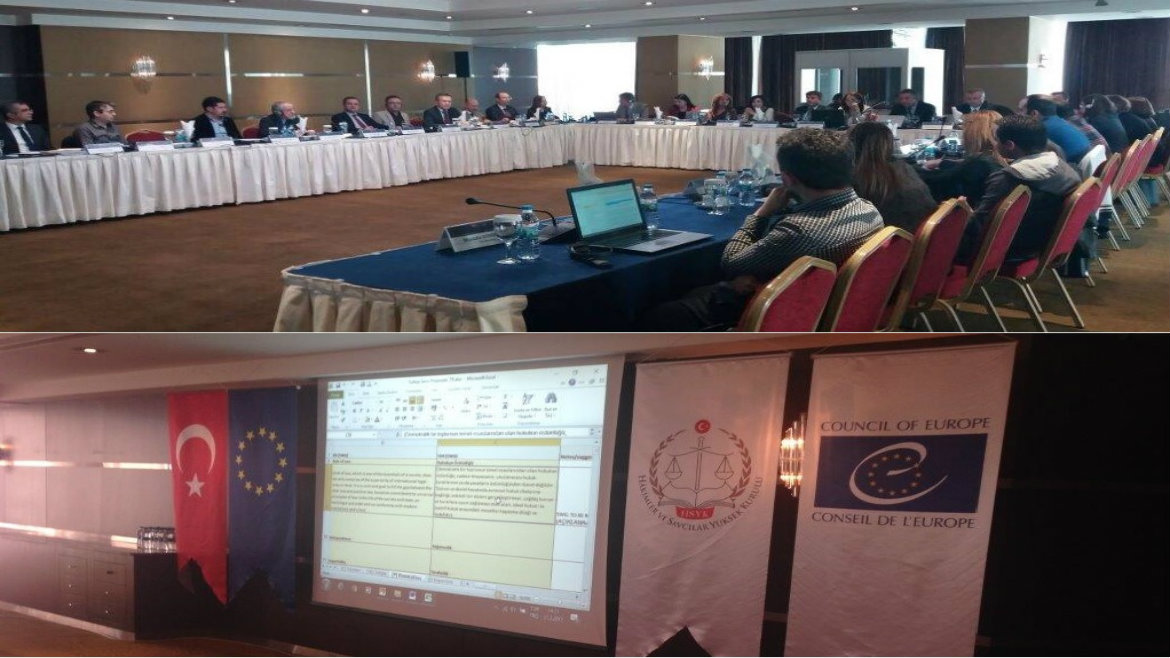 Within the framework of the Project “Strengthening Judicial Ethics in Turkey”, the Working Group (WG) for the drafting of a code of judicial ethics for Turkish judges and prosecutors held its 6th meeting in Ankara, Turkey between 31 March and 2 April 2017 to finalise the drafting process.

The members of the WG, judges and prosecutors supported by national and international consultants, worked in subgroups to elaborate further the details of the ethical principles. The WG members also discussed feedback collected through on-line questionnaire, available to all judges and prosecutors on principles of the Ethics Code drafted by the WG. Representatives of lawyers also participated in the 6th WG meeting and provided their input and perspectives..

The code will be adopted after the WG members review the definitive text of the code and reach agreement.