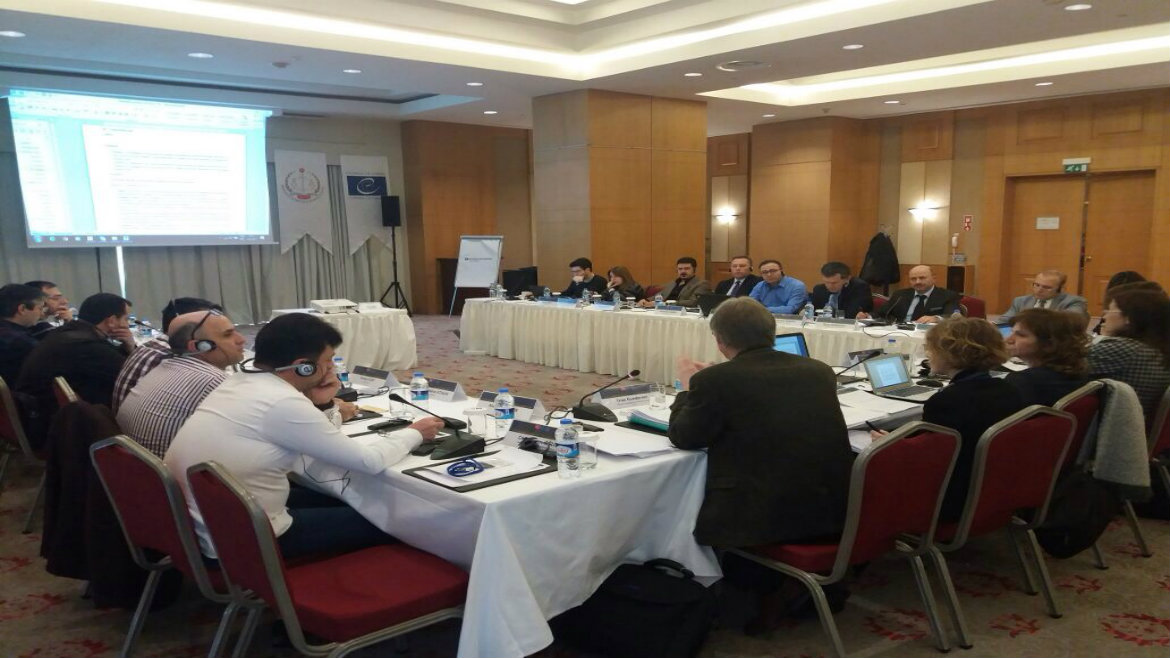 Within the framework of the Project “Strengthening Judicial Ethics in Turkey”, the 4th and 5th meetings of the Working Group for the drafting of a code of judicial ethics for Turkish judges and prosecutors were held in Izmir, Turkey on 15-17 February 2017 and in Haymana, Turkey on 27-28 February and 1 March 2017, respectively, with the participation of Mr. Mehmet Yılmaz, Deputy President of the Turkish High Council of Judges and Prosecutors.

The Working Group, which is made up of judges, prosecutors and inspectors specialised in their fields, revised the provisions to be included in the ethical principles text in plenary sessions and worked in three subgroups to continue the drafting of specific guides of conduct for judges, prosecutors and inspectors. During the meetings, which were supported by national and international experts, the general structure of the ethics text was also reviewed and ascertained.

The ethical principles text and the guide of ethics are expected to be completed to a great extent in the 6th meeting of the Working Group to be held on 31 March and 1-2 April 2017.