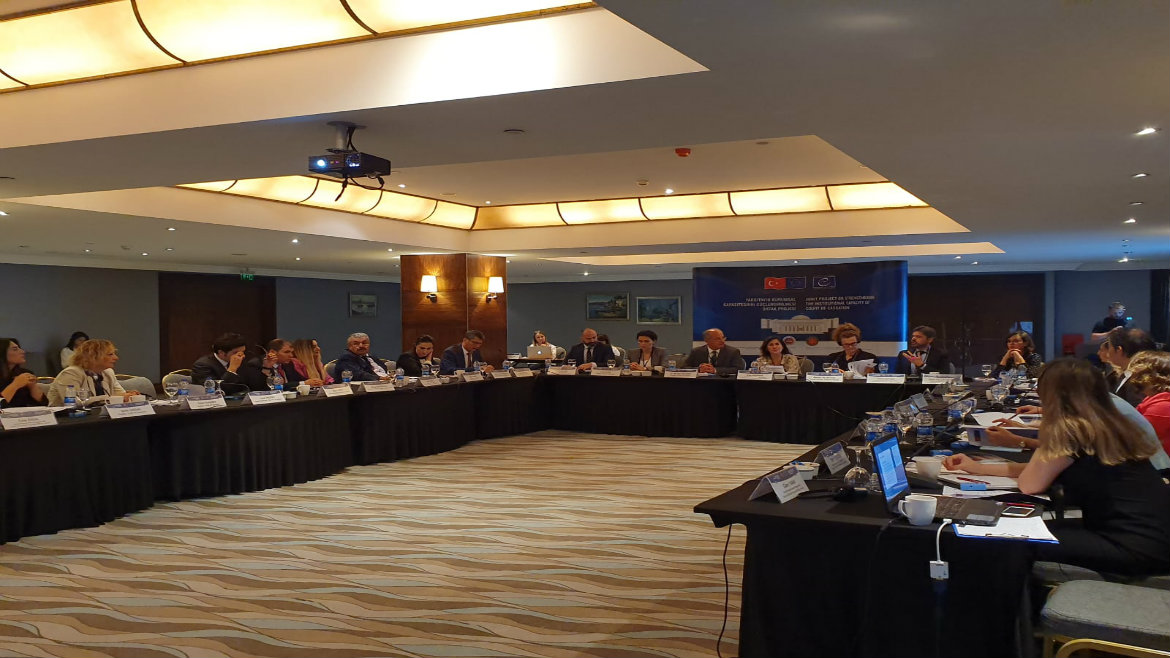 The first Steering Committee Meeting (SCM) of the project titled ‘Strengthening the Institutional Capacity of the Court of Cassation’ and jointly funded by the European Union and the Council of Europe was held in Ankara on 20 September 2019. Representatives from the Court of Cassation, the Turkish Constitutional Court, the Council of State, the Council of Judges and Prosecutors, the Ministry of Justice (the Directorate General for Foreign Relations and European Union Affairs and the Department of Training), the Ministry of Foreign Affairs (the Directorate for EU Affairs), the Union of Turkish Bar Associations, the Justice Academy of Turkey, the Delegation of the European Union to Turkey, the Central Finance and Contracts Unit and the Council of Europe attended the meeting. The meeting focused on the progress achieved in the inception period as well as the activities planned for the upcoming 6 months and participants shared their views and recommendations regarding the ongoing project.