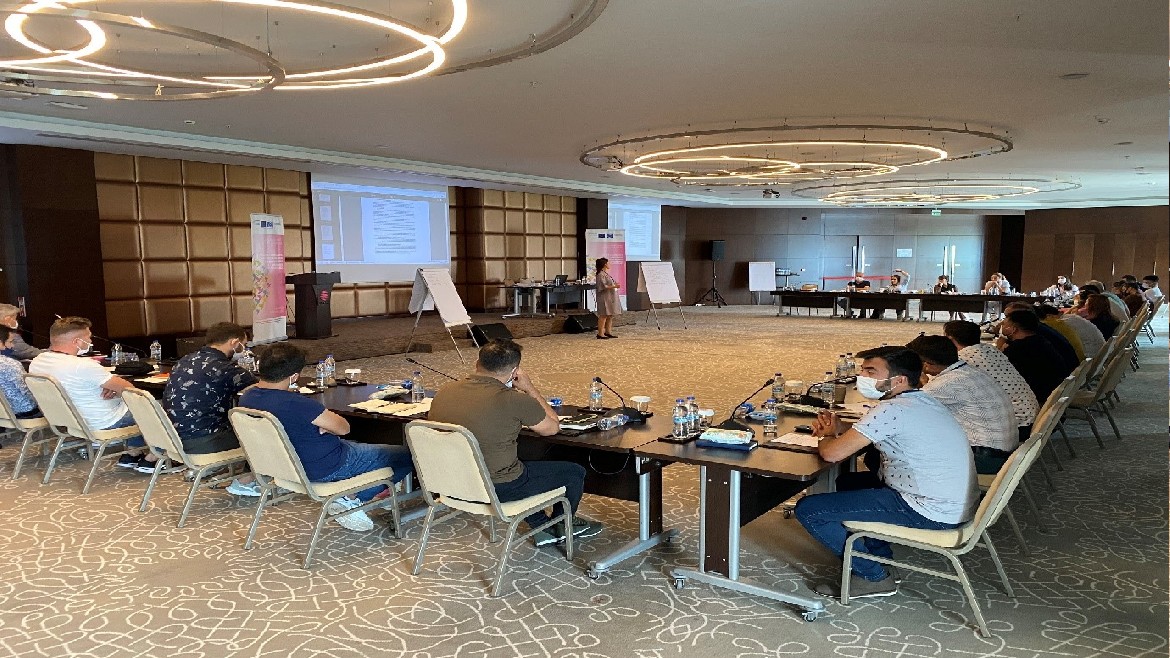 Within the European Union/Council of Europe joint programme Horizontal Facility II, under the Action “Strengthening the Human Rights Protection of Migrants and Victims of Human Trafficking”, training was provided to two groups of personnel of the Turkish General Command of Gendarmerie between 20-23 September 2021 in Antalya.

The training on human rights and migration law was provided to two groups in 21 and 23 September 2021, which was specifically requested by the beneficiary and developed under the Action. The training content was tailored by international and local experts to the needs of Gendarmerie personnel, who deals with and rescues thousands of migrants every year in the western and eastern borders of Turkey, in order to provide personnel with a better understanding and increased respect for the rights of migrants and refugees.

According to the statistics, nearly one third of migrants who attempt to cross or do pass Turkish borders to enter Turkey and/or Europe are minors. Therefore, the second training, which was provided to two separate groups of personnel on 20 and 22 September 2021, aimed to raise awareness and enhance the capacities of General Command of Gendarmerie on child friendly information and communication skills and was developed based on the Council of Europe handbook for frontline professionals “How to Convey Child Friendly Information to Children in Migration”.

According to a participating petty officer, who is responsible for the security of a detention centre and accompanies migrants while their processes continue. the information provided in the scope of the training will help, not only protecting the rights of migrants (including children), but also of personnel during their interaction with migrant children and help to ensure compliance with the law and relevant European legal framework.

The training activities were organised within the framework of the Action “Strengthening the human rights protection of migrants and victims of human trafficking in Turkey”, which is a part of the European Union/Council of Europe collaboration titled “Horizontal Facility-II for the Western Balkans and Turkey 2019-2022”.