Haifa, with a population of 272.180 inhabitants, is the 3rd largest city in Israel and, since the British Mandate, one of the major port, specialised also in oil refinery. In recent times it also became known as knowledge and research centre, thanks to the presence of two of Israel’s leading Universities.

Haifa, home of Jewish new immigrants (coming mainly from the Former Soviet Union and Ethiopia), accounting for 22.8% of the total population, Veteran Jewish (residents of Israel for more than 20 years), Arabs both of Muslim and Christian faith (10.6% of the city population), as well as a new growing group of “Non Jewish non Arabs immigrants” (around 1-2%), is considered the Israel’s most ethnically mixed city. The city, in fact, all along recent history, has been the venue for Protestant migrants from Germany, Jews from Romania, Bahá í believers (after the interment of the remains of the Prophet Báb on the Mount Carmel) and the Ahmadiyya Muslim Community, a reformist movement founded in India. The complexity of the picture is increased by the presence of Muslim Sunni,Christians Catholic and Orthodox, as well as Druze.

Four months from March to June 2017 (pilot in one neighbourhood) 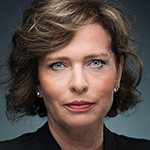