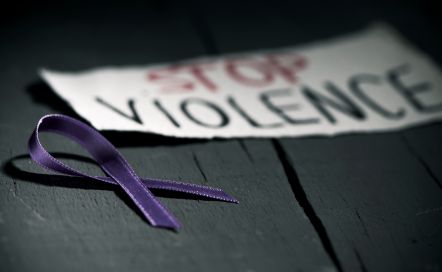 any act of gender-based violence that results in, or is likely to result in, physical, sexual or psychological harm or suffering to women, including threats of such acts, coercion or arbitrary deprivation of liberty, whether occurring in public or in private life4.

In more recent legal documents, there are examples of the two terms being merged, and the term ‘gender-based violence against women’ is used. For example, in the Council of Europe’s Convention on Preventing and Combating Violence Against Women and Domestic Violence (Istanbul Convention), Article 3 offers the following definition:

gender-based violence against women shall mean violence that is directed against a woman because she is a woman or that affects women disproportionately5.

Definitions such as these apply to instances where gender is the basis for violence carried out against a person. However, there is more to gender than being male or female: someone may be born with female sexual characteristics but identify as male, or as male and female at the same time, or sometimes as neither male nor female. LGBT+ people (lesbian, gay, bisexual, transgender and other people who do not fit the heterosexual norm or traditional gender binary categories) also suffer from violence which is based on their factual or perceived sexual orientation, and/or gender identity. For that reason, violence against such people falls within the scope of gender-based violence. Furthermore, men can also be targeted with gender-based violence: statistically, the number of such cases is much smaller, in comparison with women, but it should not be neglected.

Using the definition of ‘gender-based violence against women’ from the Explanatory report to the Istanbul Convention6 as a starting point we can say that:

Gender-based violence refers to any type of harm that is perpetrated against a person or group of people because of their factual or perceived sex, gender, sexual orientation and/or gender identity.

Gender-based violence is based on an imbalance of power and is carried out with the intention to humiliate and make a person or group of people feel inferior and/ or subordinate. This type of violence is deeply rooted in the social and cultural structures, norms and values that govern society, and is often perpetuated by a culture of denial and silence. Gender-based violence can happen in both the private and public spheres and it affects women disproportionately.

Gender-based violence can be sexual, physical, verbal, psychological (emotional), or socio-economic and it can take many forms, from verbal violence and hate speech on the Internet, to rape or murder. It can be perpetrated by anyone: a current or former spouse/partner, a family member, a colleague from work, schoolmates, friends, an unknown person, or people who act on behalf of cultural, religious, state, or intra-state institutions. Gender-based violence, as with any type of violence, is an issue involving relations of power. It is based on a feeling of superiority, and an intention to assert that superiority in the family, at school, at work, in the community or in society as a whole.

4 UN Declaration on the Elimination of Violence against Women, Article 1