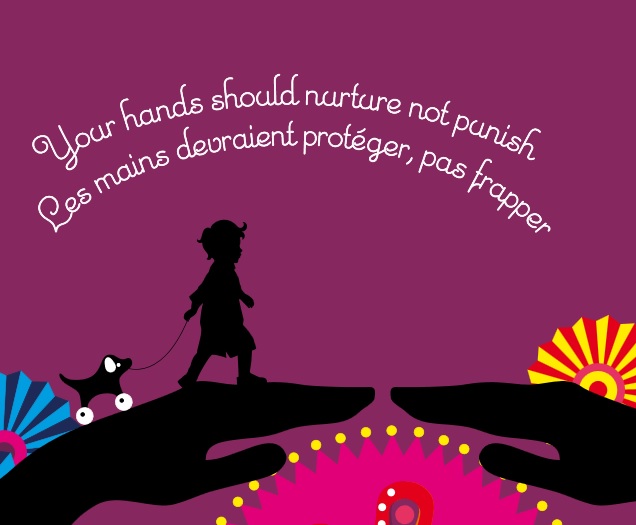 Corporal punishment is the most widespread form of violence against children. It is any punishment in which physical force is used and intended to cause some degree of pain or discomfort. It is a violation of children‘s rights to respect for human dignity and physical integrity.

The Council of Europe calls for a legal prohibition of corporal punishment of children in law and in practice. Corporal punishment conveys the wrong message to children and can cause serious physical and psychological harm to a child. Corporal punishment if directed at an adult would constitute criminal assault. One of the most basic human rights principles is the right to live free from the threat of violence. Article 19 of the United Nations Convention on the Rights of the Child (UNCRC) guarantees this right to every child and obliges States Parties to take appropriate measures to protect the child from all forms of violence.

The Committee on the Rights of the Child, the monitoring body of the UNCRC, has emphasised that effective protection of human rights require the elimination of all corporal punishment and all cruel or degrading treatment of children.

Member states who have abolished corporal punishment are encouraged to share with the Council of Europe good practices they have developed to promote non-violent parenting. This can be audio-visual and campaign materials, publications, training materials and other useful tools.

Eliminating all corporal punishment of children requires a combination of explicit law reform, protection and prevention policies, and other, primarily educational, measures to move societies on from accepting violent and humiliating punishment.

Effective prohibition of corporal punishment of children means that it is explicitly prohibited in laws affecting children’s protection. Laws are needed to prohibit corporal punishment in all settings – in the home, in schools, in penal systems and alternative care settings. Without law reform, the idea will persist that breaching a child’s human dignity and physical integrity is acceptable.

Prohibition in law is essential but alone it is not enough to guarantee children’s human rights. Professionals working with children, parents, children themselves and the public at large need to be informed of the law and of children’s right to protection. Governments should therefore provide a range of policy measures to support the law’s implementation. The laws need also to be accompanied with extensive awareness raising actions which will challenge existing social acceptance of adults hitting children and inflicting other humiliation treatment on them as “reasonable punishment and correction of children”. Striking a human being is prohibited in European societies and children are human beings.

Off the books! Guidance for Europe's parliaments on law reform to eliminate corporal punishment of children: English - French - Macedonian

The European Court of Human Rights first challenged corporal punishment of children in 1978. In Tyrer v. UK the Court held that the judicial birching of a 15 year-old boy breached his right to protection from degrading punishment. In the following two decades the Court condemned school corporal punishment, first in state schools in decision Campbell and Cosans v UK (view a documentary on the subject) and later in private schools in its judgment Costello-Roberts v. UK .

The first case on corporal punishment in the home came before the Court in 1998, in A v. UK. It was brought against the UK by a young boy who had been beaten by his stepfather with a cane. The father had been acquitted due to the common law defence of “reasonable chastisement”. The European Court of Human Rights found that the UK had violated Article 3 of the Convention by failing to protect the child’s right to protection from degrading punishment. The UK law allowing for “reasonable chastisement” was deemed to be in contravention to the protection of the rights and freedoms guaranteed in the Convention.

Theseus is a database containing the Court’s case-law regarding children’s rights.

The European Committee of Social Rights (ECSR), which monitors the European Social Charter, has stated that corporal punishment is not in accordance with human rights standards as defined by the Social Charter. Article 17 of the European Social Charter requires states to protect children from all forms of ill-treatment. The European Committee of Social Rights has interpreted this article as requiring a prohibition in legislation against any form of violence against children, including corporal punishment in all settings (home, schools and institutions).

The Committee in its latest decision on the matter, Association for the Protection of All Children (APPROACH) v. France, took note of the wide consensus at both the European and international level that corporal punishment of children should be expressly prohibited in law. In doing so it decided that French law was in contravention of Article 17 of the Social Charter by not providing for a sufficiently clear, binding and precise prohibition of corporal punishment.

In the following decisions, brought under the Additional Protocol to the Social Charter by the World Organisation against Torture, the Social Charter found a violation of Article 17 for lack of adequate provisions in legislation prohibiting corporal punishment.

Association for the Protection of All Children (APPROACH) Ltd. v. Ireland, Complaint No. 93/2013, decision on the merits of 2 December 2014

Association for the Protection of All Children (APPROACH) v. Italy, Complaint No. 94/2013, decision on the merits of 5 December 2014

Association for the Protection of All Children (APPROACH) Ltd v. Slovenia, Complaint No. 95/2013, decision on the merits of 4 December 2014

Association for the Protection of All Children (APPROACH) Ltd. v. Belgium, Complaint No. 98/2013 decision on the merits of 20 January 2015

The Committee of Ministers

In this Recommendation the Assembly proclaims its support to the Global Initiative to End all Corporal Punishment of children by expressing that it considers that corporal punishment of children is in breach of their fundamental right to human dignity and physical integrity.

34 of the 46 Council of Europe member states have now achieved full prohibition of corporal punishment in all settings, including the home.

The Global Initiative to End All Corporal Punishment of Children has partnered with the Council of Europe to monitor progress towards a full prohibition of corporal punishment across Europe.

View a documentary on the impact of the Campbell and Cosans v UK case.

32 member states have abolished corporal punishment all together and many more are committed to follow. Many well-known persons, including heads of state and artists, have lent their names to support the campaign. The Council of Europe hopes you will join us in spreading the message and show your support online.

Off the books! Guidance for Europe's parliaments on law reform to eliminate corporal punishment of children
English - French - Macedonian

Positive parenting is a form of parenting which supposes respect for children‘s rights and is based on the best interests of the child. It provides nurturing, empowerment, recognition and guidance, and involves setting boundaries to enable the full development of the child. Positive parenting supposes respect for children's rights and a non-violent environment where parents do not use corporal or psychologically demeaning punishment to resolve conflict or teach discipline and respect. True discipline cannot be taught with violence.

The Council of Europe in cooperation with the European Commission has created a repository of educational and awareness raising tools promoting non-violent parenting which brings together a variety of good practices from member states.

Parenting in the digital age - Parental guidance for the online protection of children from sexual exploitation and sexual abuse (2017) accompanied by a set of video tutorials providing information and advice in order to better understand the risks incurred by children, on the following themes:

Children and corporal punishment: “The right not to be hit, also a children’s right” (2008)
This Issues paper published by the Council of Europe Commissioner for Human Rights explains why corporal punishment should be prohibited and provides background information on steps already taken by international and European human rights mechanisms towards a full prohibition.

In a joint effort to support legal ban of corporal punishment of children, the Council of Europe and the European Commission have developed this repository of tools informing the general public, professionals, parents and other carers on:

This repository aims at sharing existing initiatives and campaigns that have been undertaken in Council of Europe member States to support governments to introduce a legal ban on corporal punishment.

Some initiatives and campaigns are at the heart of promoting this legal ban. Other inspiring positive parenting practices of a more general nature have also been submitted for the providing support to parents in educating their children, such as protection and prevention policies or other educational measures which we consider important to share in order to support our societies in moving away from accepting violent and humiliating discipline.

To submit a good practice please send to our email.