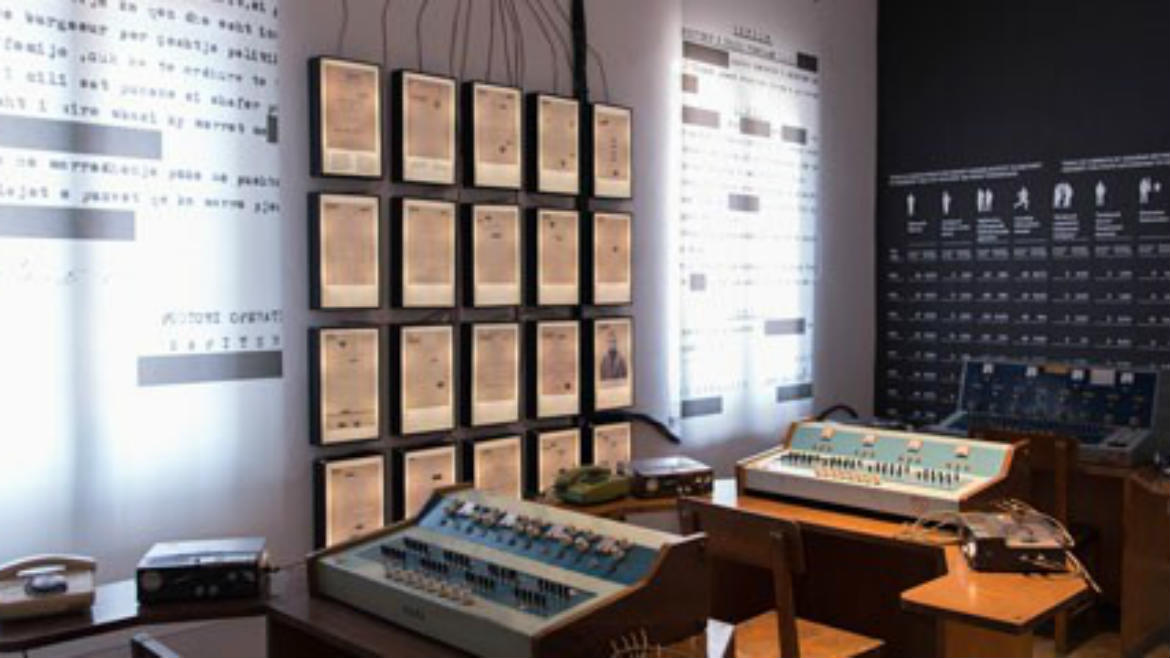 The 2020 Council of Europe Museum Prize has been awarded to The National Museum of Secret Surveillance “House of Leaves” (Tirana, Albania,). The museum was selected by the Culture Committee of the Parliamentary Assembly of the Council of Europe (PACE) at a meeting in Paris today.

The National Museum of Secret Surveillance “House of Leaves” commemorates the psychological violence and total control of citizens during the communist regime in Albania (1944-1991) during which 18,000 people were prosecuted and charged and 5,000 executed. It is situated in the former State Security house in the centre of Tirana, which served as the Central Directorate of the Sigurimi, a technical branch of the Albanian State service agency. The particular feature of this small museum is that it has remained virtually intact with original equipment and recordings which are now stored in archives.

According to committee representative for the Museum Prize, Roberto Rampi (Italy, SOC), “we need to support and encourage smaller museums with less resources in openly dealing with the wounds of the past. The “House of Leaves” is a very moving museum run on a very low budget by enthusiastic staff. Today, society is confronted with the widespread use of high-tech devices and threats of mass surveillance through facial recognition, access to private data, etc. This museum is evocative of the darkest days of the past which should not be forgotten.

The Council of Europe Museum Prize has been awarded annually since 1977 to a museum judged to have made a significant contribution to the understanding of European cultural heritage, the promotion of respect for human rights and democracy, bridging cultures, overcoming social and political borders, broadening visitors' knowledge and understanding of contemporary societal issues and exploring ideas of democratic citizenship.

The winning museum is presented with a bronze statuette by Joan Miró, which the museum will keep for a year, together with a diploma.

Recent winners of the prize include the Museum of Communication in Bern, Switzerland (2019), the War Childhood Museum in Sarajevo, Bosnia and Herzegovina (2018), and the Caribbean Centre of Expressions and Memory of the Slave Trade and Slavery in Guadeloupe, France (2017).

Website of The National Museum of Secret Surveillance “House of Leaves”