How well are states protecting children from sexual exploitation and abuse during the refugee crisis? 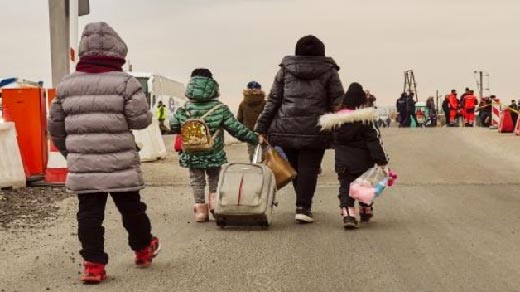 With Europe facing the second major refugee crisis in less than a decade, the Council of Europe’s Lanzarote Committee has published ten compliance reports evaluating legislation, services and other measures in place for the protection of children affected by the refugee crisis from sexual exploitation and sexual abuse in 41 state Parties(*) to the Lanzarote Convention. The reports focus on mechanisms for data collection, protection of child victims, prosecution of offenders, coordination between different actors and agencies, providing information to children, child-friendly proceedings, helplines for victims and measures related to cross-border missing children.

The situation in European states has been evaluated against the recommendations of the Special report “Protecting children affected by the refugee crisis from sexual exploitation and sexual abuse”. While the recommendations were made in 2017, shortly after the first refugee crisis in Europe, their implementation has renewed relevance today, with more than four million refugees, half of them children, having fled Ukraine since the start of the Russian Federation’s aggression against Ukraine on 24 February 2022.

“When a large number of migrants and refugees arrive in new countries, after undergoing extremely difficult and potentially traumatic journeys, the most vulnerable persons, especially children, are often hit the hardest, and exposed to further risks, including the risk of sexual exploitation and abuse,” said the Special Representative of the Secretary General (SRSG) on Migration and Refugees, Leyla Kayacik. Valuable examples of promising practices that can be replicated elsewhere, especially those focusing on missing children and preventive measures, are an illustration of how the Council of Europe supports member states in improving their responses to the current challenges, she added.

The Lanzarote Committee in its reports has noted significant efforts made in the exchange of information on awareness raising. Equally, the majority of States surveyed propose support services, such as helplines for child victims of sexual abuse and exploitation. Promising practices in this area include multilingual services for children affected by the refugee crisis. For instance, in Sweden, the NGO Save the Children set up a project entitled Listen to me! France designed an online platform for the reception and integration of refugees, which is available in seven languages. In Iceland, there is a helpline exclusively for asylum seekers. In Denmark, the NGO 'Danish Refugee Council' offers interpretation in more than 80 languages and dialects. In Italy, the 114 Childhood Emergency Helpline (Telefono Azzurro) has a simultaneous interpretation service in 20 languages. More than 30 states provide free services to those calling in.

The crucial issue of cross-border missing children is also covered in these reports. The most widely used tool is the 116 000 hotline for Missing Children, which is used by 29 Parties.

As regards the prosecution of offenders, state Parties need to enhance international co-operation on information exchange; support the investigation and prosecution of crimes occurring outside their territory, and guarantee the initiation of proceedings without the victim´s complaint, and their continuation in case of withdrawal of the complaint and/or statement.

Press release
Cross-border missing children, helplines for victims, prosecution of offenders: Council of Europe assesses measures taken by states to protect children on the move from sexual abuse and exploitation