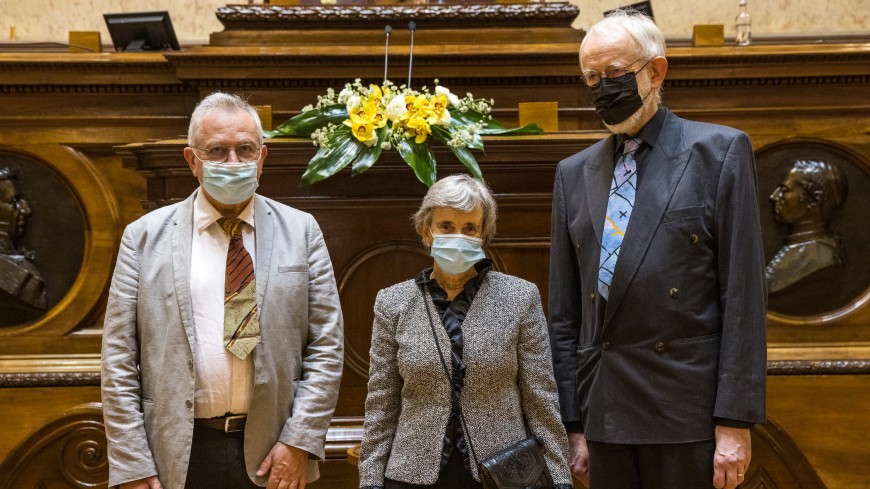 The 2020 North-South Prize of the Council of Europe (Assembly of the Portuguese Republic, Lisbon, 9 December, 12 pm) will be awarded to the International Commission against the Death Penalty (ICDP), represented by its President, Judge Navanethem Pillay, in recognition of its contribution to the protection of the right to life and its dedication to international solidarity and global partnership. It will also be assigned to the Mediterranean Expert Network on Climate and Environmental Change (MedECC), represented by Professors Wolfgang Cramer and Dr Joël Guiot, for its elaboration of the first ever scientific assessment on the impact of climate and environmental change in the Mediterranean basin.

24 personalities and 23 States contribute to the ICDP's mission, working toward the universal abolition of the death penalty. The MedECC is composed of over 600 scientists from 35 Mediterranean and European States dedicated to environmental research and policy planning.

The Prize will be presented by the President of the Republic of Portugal Marcelo Rebelo de Sousa. The President of the Assembly Eduardo Ferro Rodrigues, Council of Europe Deputy Secretary General Bjørn Berge as well as the Chair of the Executive Committee of the North-South Centre Ambassador Manuel Montobbio will also take part in the ceremony.

The 27th edition of the Lisbon Forum (Lisbon, Luso American Development Foundation, 9-10 December) will focus on the urgent necessity to promote intercultural dialogue in the era of info-demic, to counter misinformation and hate speech. The Minister of State and Foreign Affairs of Portugal Augusto Santos Silva will be at the opening session together with Deputy Secretary General Bjørn Berge and the Chair of the Executive Committee of the North-South Centre Ambassador Manuel Montobbio. Special guest to the Lisbon Forum will be Miguel Ángel Moratinos, United Nations Under-Secretary-General holding the post of High Representative for the United Nations Alliance of Civilizations (UNAOC).

What is the right to life and how is it protected under the European Convention on Human Rights (ECHR)?
See some examples.