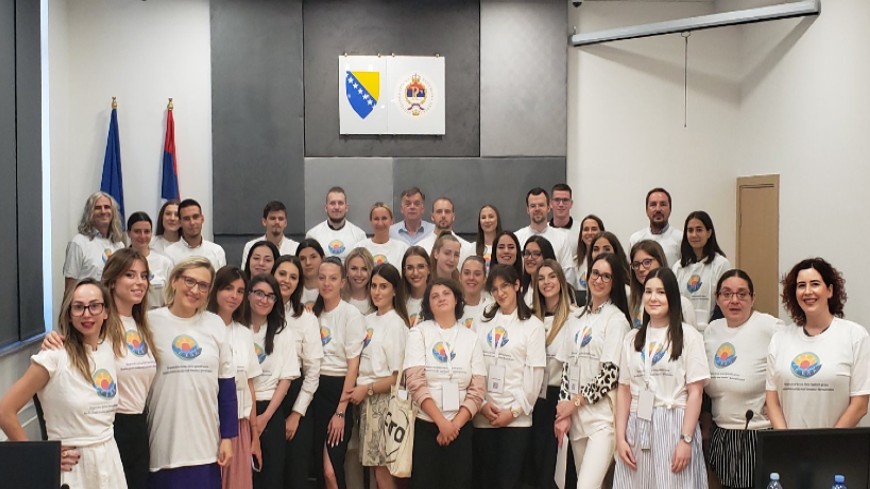 Through the organisation of a regional summer school on human rights for law students, the Council of Europe continues to invest efforts in the dissemination of knowledge and the development of skills for better protection of human rights.

From July 12 to 15, 32 law students from Albania, Bosnia and Herzegovina, Montenegro, Kosovo*, and Serbia had the opportunity to talk about the importance of education in influencing the attitudes of key actors in the prevention and fight against violence against women and girls.

Discussions and conversations centered on the causes of gender inequality and violence against women, the struggle against prejudice and stereotypes, the prevention of online abuse of girls, including abuse based on images, domestic violence, as well as both the national, and the case-law of the European Court of Human Rights. As part of this summer school, students participated in a trial simulation that took place on the premises of the Basic and District Court in Trebinje. This simulation gave students an exceptional opportunity to identify with professionals in the best way possible and to determine the course of their careers.

The Council of Europe carried out this activity as part of the "Initiative for Legal Certainty and Efficient Judiciary in Bosnia and Herzegovina – Phase III", initiative with the financial support from the Kingdom of Norway. The projects "HFII - Improved procedural safeguards in judicial proceedings" and "HFII - Strengthening the effective legal remedies to human rights violations in Serbia" =that are implemented within the framework of the joint program of the European Union and the Council of Europe "Horizontal Facility for the Western Balkans and Turkey 2019-2022", "Support to the Constitutional Court in the application and promotion of European human rights standards." made it possible for law students from Montenegro, Serbia, and Kosovo* to participate.