Conference on "Conclusion, observance and interpretation of international treaties" 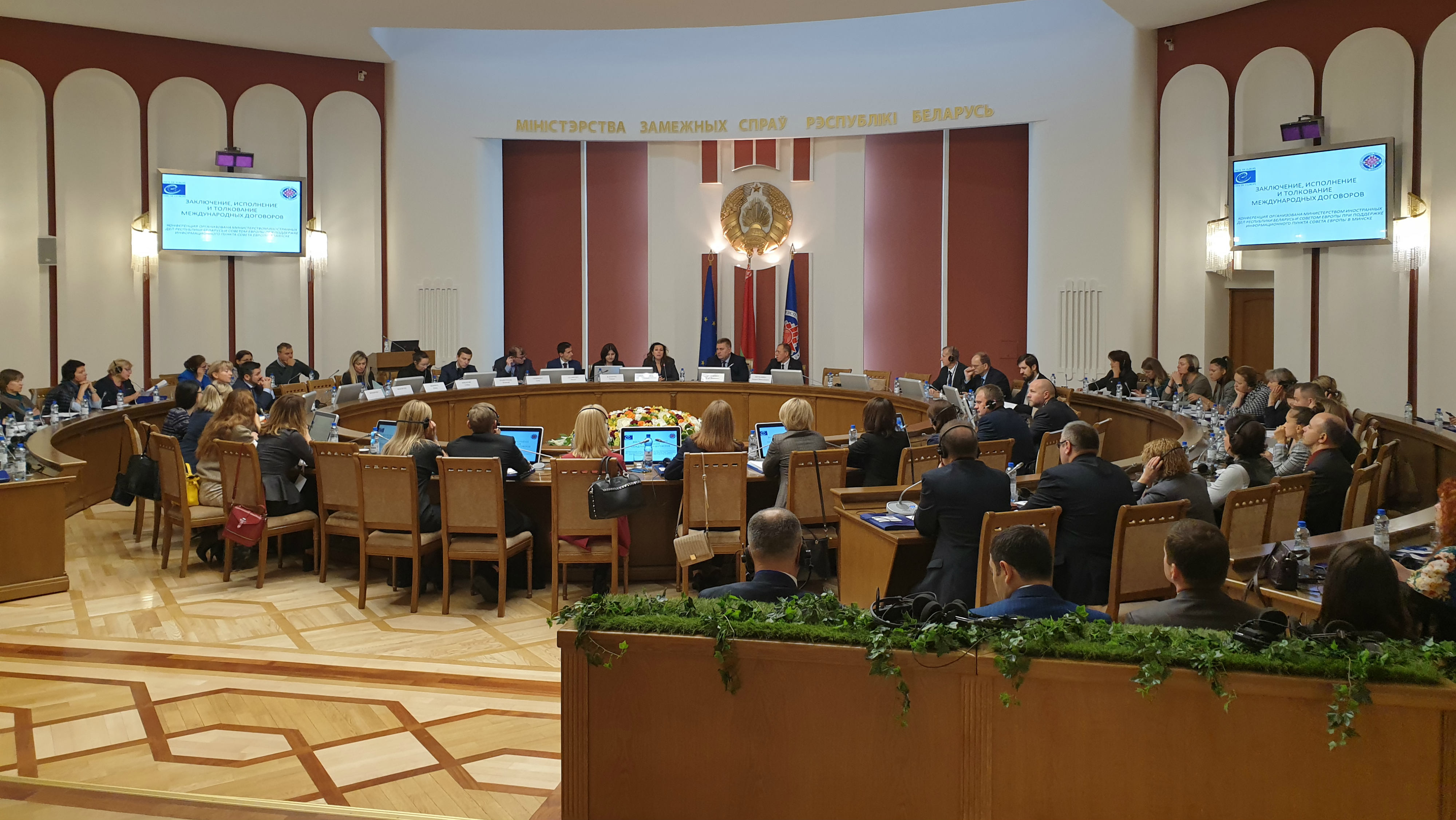 Among other Council of Europe conventions, the MEDICRIME Convention was introduced to more than 150 participants representing different government bodies such as the Ministry of Justice, the Supreme Court, the National Center for Legal Information, the Office of the Prosecutor General, the Ministry of Internal Affairs, the State Border Committee, the State Security Committee, State Customs Committee, the Ministry of Health, the Secretariat of the Council of the Republic of the National Assembly, etc. Other representatives from some Council of Europe member States, international organisations and public organisations present in Minsk also participated in this event.

This Conference has been organised after the signature of the MEDICRIME Convention on 24 June 2019 by the Republic of Belarus and in view of its ratification.
2019-09-19T12:50:00

MEDICRIME Convention in the COVID-19 context

Medicines on the web - Risks and benefits