The City of Guro has played a pivotal role in the economic growth of the South Korea's development era, referred to as the "Miracle on the Han River". Nowadays Guro is known as a hub of IT industry and has become one of the best “smart cities” in Seoul. Guro, a city of innovation and diversity, is constantly moving forward to become one of the best intercultural cities interacting with the world.

The City of Guro also holds the presidency of the “Multicultural Cities Association” of South Korea, including 26 participating cities across the country. Guro has been at the forefront of strengthening the capacity of intercultural policies in member cities, and is playing a central role in communication and collaboration between central government and local governments. Ever since, Guro established the one and only “Multicultural Policy Division” in Seoul on January 2018, and it is promoting a wide variety of policies for people from diverse backgrounds. In particular, Guro won the Grand Prize of the Female Family Minister at Multicultural Policy Award on Feb, 2020. It also hosted the nations’ first Online Intercultural Festival (Together Day Festival) along with its friendship cities and the ICC programme on May, 2020 . 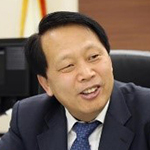