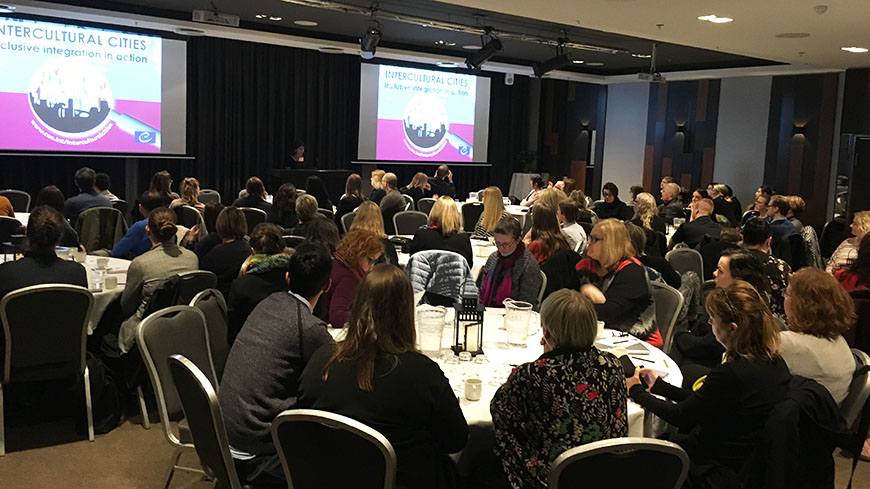 An Intercultural Integration Academy was held in Iceland on 25-29 March organised by the Council of Europe (Intercultural cities programme), the Ministry of Social Affairs and UNHCR.

The Academy focused on intercultural competence for social workers, municipal officials, police officers and social service staff and was based on the concept and practice of intercultural integration – a novel policy approach now adopted by over 130 cities globally.

Sessions were held in Reykjavik, Akureyri and Reyðarfjörður with participants from remote locations via video link.

This first Academy session in Iceland aimed to build competence in order to mainstream the intercultural integration approach within the country, following the joining of Intercultural cities by Reykjavik in 2014.

This was the second Academy organised by the Intercultural Cities Programme. A third one is planned for the UK, in the second semester of 2019.