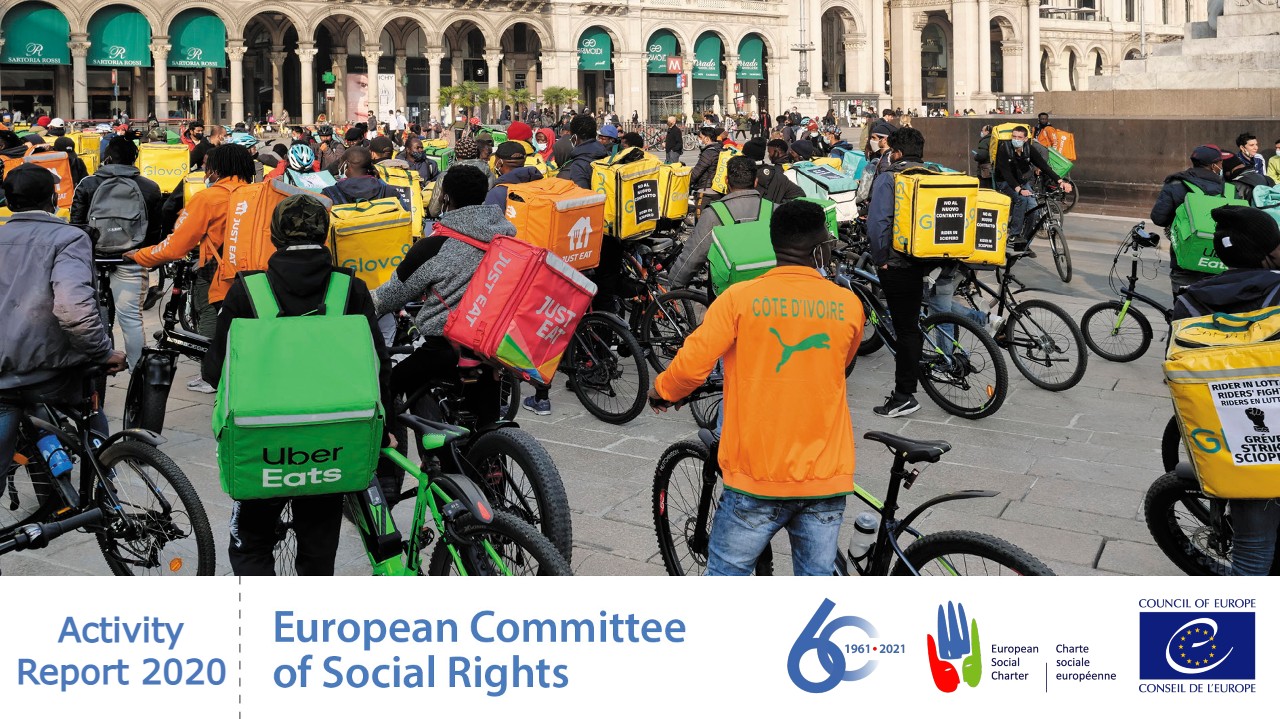 The report provides information about the work of the European Committee of Social Rights carried out in 2020.

In the framework of the reporting procedure, the European Committee of Social Rights examined in 2020 national reports of 33 States Parties to the European Social Charter as regards the provisions covered by the thematic group “employment, training and equal opportunities”. The Committee adopted a total of 349 conclusions including 152 conclusions of non-conformity and 97 of conformity. In 100 cases the Committee was unable to assess the situation due to lack of information and postponed its conclusion.

The main findings under the reporting procedure were related to:

Under the collective complaints procedure, the Committee adopted 17 decisions on admissibility including five decisions on inadmissibility and one decision declaring the complaint admissible and indicating immediate measures. The Committee also adopted eight decisions on the merits concerning, inter alia, the institutionalisation of Roma children and children with disabilities under the age of three in the Czech Republic; abuses resulting from the continued repetition of certain fixed-term employment contracts in the public and education sectors in Italy; access to mainstream education for children with intellectual disabilities in the French Community of Belgium; the legal protection of children below the age of criminal responsibility in juvenile justice system in the Czech Republic.

Nine collective complaints were lodged with the European Committee of Social Rights in 2020 against six States Parties to the Charter.

The Committee addressed without delay the issue of the COVID-19 pandemic and issued in April 2020 a statement of interpretation on the right to protection of health. Moreover, the targeted questions sent in 2020 to States Parties to the European Social Charter for Conclusions 2021 relating to health, social security and social protection were another clear example of the Committee’s objective to address human rights shortcomings, but also identify good practices.

The European Committee of Social Rights established and published in 2020 criteria for equal pay and equal opportunities for women in employment. These criteria are based on the Committee’s decisions on the merits in the collective complaints lodged by the international NGO University Women of Europe (UWE).

The Committee continued its efforts to improve the effectiveness and efficacy of the monitoring system of the European Social Charter on the basis of the proposals made by the Steering Committee for Human Rights(CDDH) in its Report of June 2019 on “Improving the protection of social rights in Europe”.