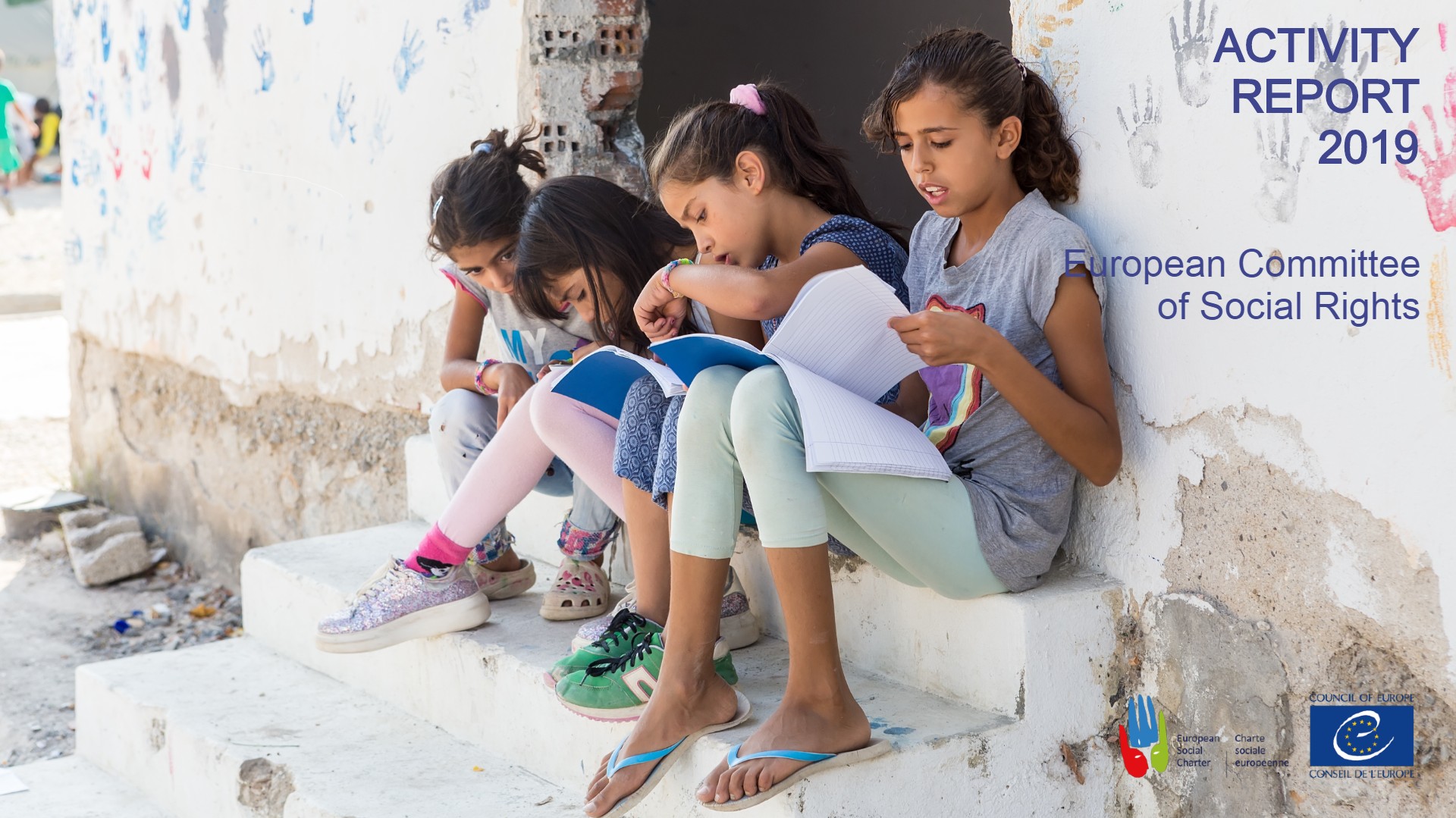 The report provides information about the work of the European Committee of Social Rights carried out in 2019 under the European Social Charter’s monitoring mechanisms: the reporting procedure and the collective complaints procedure, as well as under the procedure on non-accepted provisions of the Charter. In addition, the report includes information about the relations of the Committee with Council of Europe bodies and with other international organisations and partners.

Under the reporting procedure, in 2019 the European Committee of Social Rights examined in 37 national reports presented by States Parties to the Charter describing how they implement the Charter in law and in practice as regards the provisions covered by the thematic group “Children, Families and Migrants”. The Committee adopted a total of 896 conclusions including 289 cases of non-conformity and 453 cases of conformity. In 154 cases the Committee was unable to assess the situation due to lack of information and postponed its conclusion.

The main findings under the reporting procedure concern child labour, including illegally working children in the formal and informal economy, as well as the protection of children from all forms of violence, abuse and exploitation.

The Committee is increasingly concerned about the treatment of children in an irregular migration situation, whether they be accompanied or not, and asylum-seeking children, in particular their access to appropriate and safe accommodation.

Moreover, the Committee also highlights the issue of child poverty and social exclusion, emphasising the obligation of States Parties to take all appropriate and necessary measures to combat and eradicate these phenomena.

Decisions on the merits related for example to the ceiling to compensation in situations of unfair dismissal in Italy; the right of elderly persons to social protection against financial exploitation in France; the right of access to education and care for children who have not reached mandatory school age and whose parents are unemployed or on maternity, paternity or parental leave in Finland; and the right to equal pay for women and men and equal opportunities in the workplace in all the 15 States that have accepted the complaints procedure.

In addition, the Committee held several meetings and exchanges with other institutions and bodies, such as the Fundamental Rights Agency of the European Union, the United Nations, the Inter-American Court of Human Rights and the Academic Network on the European Social Charter and Social Rights (ANESC).