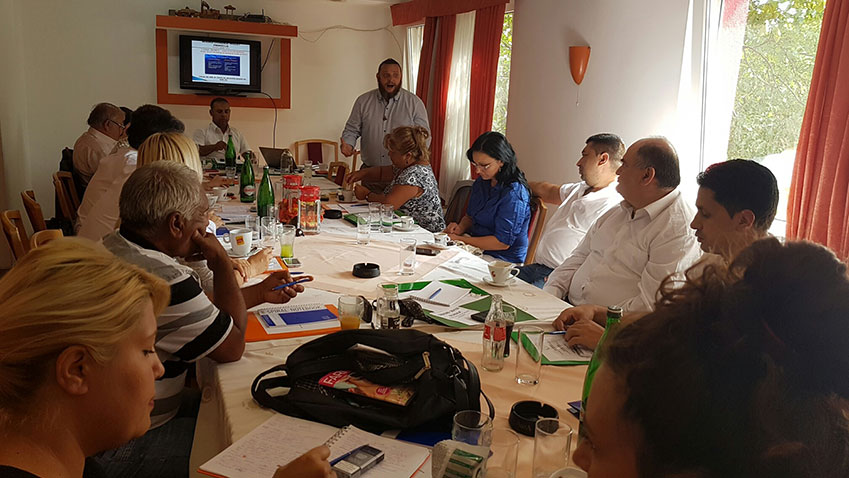 Around 200 members of Roma communities - a quarter of them women -  of Prnjavor, Kakanj, Tuzla and Visoko participated during July and August in several awareness raising workshops, organized by the Romalen Support Center in the frame work of Council of Europe’s electoral assistance programme for local elections October 2016 in Bosnia and Herzegovina. Roma is the largest national minority in BiH, with a very weak social, economic and political position in the country.

In line with Council of Europe’s  Thematic Action Plan on the Inclusion of Roma and Travellers 2016-2019,  the workshops were held to stress the importance of active participations of Roma in the elections process, as political participation is the best way for direct participation in decision making process to improve the living condition of Roma.

The participants were explained the basic steps to vote, and they discussed the importance to be informed voter. Electoral fraude, in particular vote buying, and how to prevent to be tool of manipulation were other issues examed by the trainees.

Obstacles for Roma to participate actively in the voting process are not only lack of knowledge about the electoral process and lack of information about candidates and their programmes, but many Roma members mentioned, they do not have proper documentation and valid ID cards - a pre-condition to vote - as many of them don´t have the money to replace their invalid IDs. In some cases participants could be assisted by ROMED mediators, who also participated in the workshops, to replace their IDs.

Parallel to the information workshops for Roma community members, capacity building workshops for Roma candidates were offered to around 46 candidates for councillor in the local Elections on 2 October 2016. To bridge the lack of political experience of Roma leaders, the First Roma Political Leadership Academy, aims to support the candidates to develop skills for campaigning and to be prepared in case of being elected. Romalen Support Center is currently lobbying for reserved seats  for national minorities in all the 51 Municipalities with Roma communities. Currently only in 8 of them exist a guaranteed mandate for minorities.