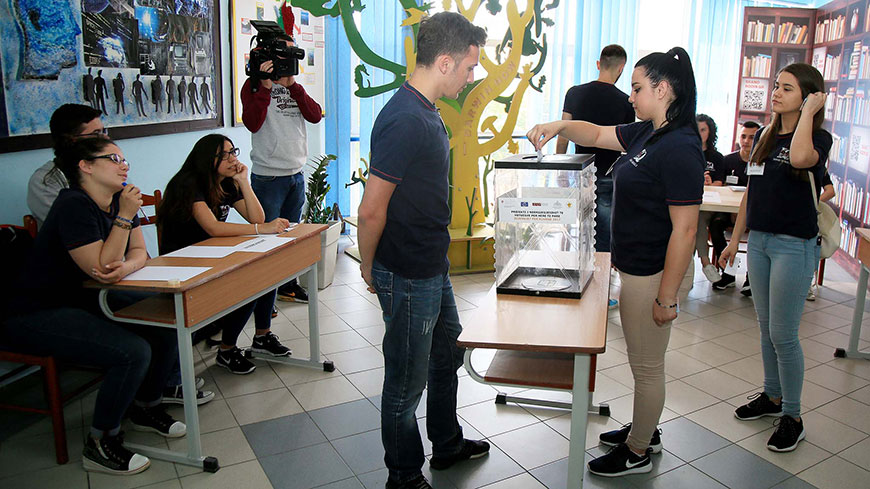 In the frame of the Council of Europe action plan to support the parliamentary elections of 25 June 2017 in Albania, the Division of Electoral Assistance supported an awareness-raising campaign conducted in all high schools within the country.  The programme targeted over 35,000 students first time voters throughout a series of lectures on civic education, campaign simulations and mock elections with the aim to familiarise them with the process and avoid malpractices. Additional awareness raising campaigns have been organised targeting the general public, including the printing and distribution of banners and leaflets.

CoE supported also through this programme the development of an application software for Smartphones, named “Voto2017”, reaching a wide range of youth and voters in general offering them information on elections but also the possibility of documentation and reporting the malpractices and pressures on voters thus impacting the improvement of the elections process standards.

The application software was installed by over 18,540 Android and iPhone’s users, constituting a trustful source during the voting day when the server of Civil Register and CEC were not functional due to cyber attacks. Meanwhile, 244 reports for malpractices and intimidation, mostly vote buying and vote photographing, were reported throughout the application and further submitted to the General Prosecutor office to be investigated.

The programme was implemented by the Academy of Political Studies (APS), an organisation which operates under the auspices of CoE and carried out in close partnership with the Ministry of Education and Sport and the Central Elections Commission of Albania. The programme benefited also by the generous contribution of Swiss Agency for Development and Cooperation (SDC), as part of financial contribution that Swiss government provides to the APS programmes. The awareness programme proved to be a successful follow up to the previous initiatives launched by the Council of Europe in local elections and general elections in Albania (2011, 2013 and 2015).

Visibility of the programme