Towards the 2018 General Elections 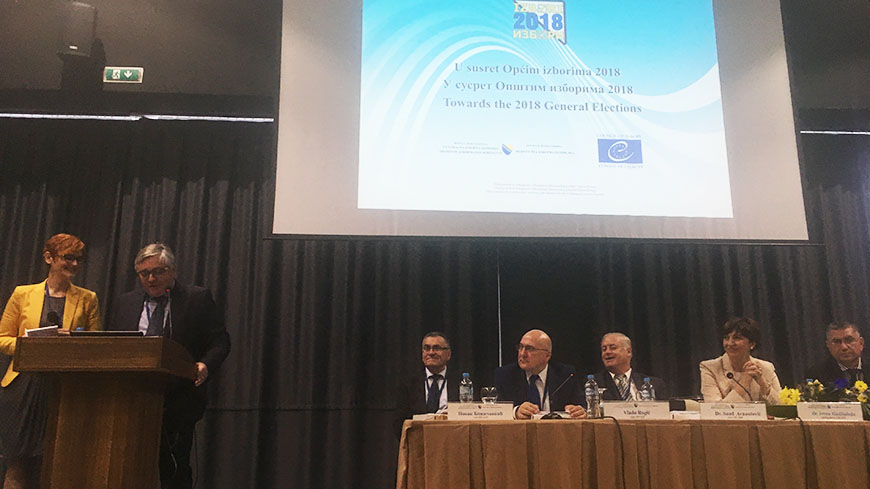 The President of the CEC of Bosnia and Herzegovina, Dr Irena Hadžiabdić opened the conference by thanking all of the representatives of municipal and city election commissions to be present for the pre-election conference presenting the new regulations of the electoral process, because they play a key role in the good conduct of the electoral process.

H.E. Ambassador Drahoslav Štefánek, Head of the Council of Europe in Sarajevo, emphasised the importance of the municipal and city election commissions during the electoral process and priority which has to be given to their continuous training in the Centre for Education of the CEC.