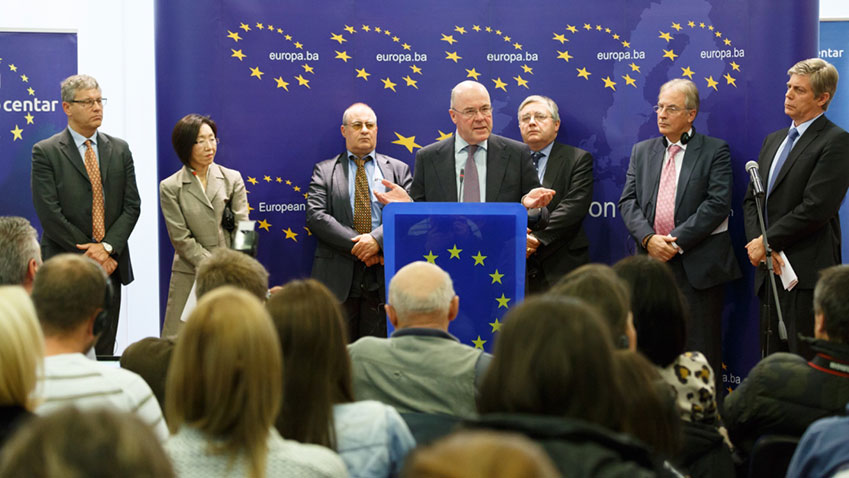 The IMO acknowledges that the final stages of the census were conducted in a satisfactory manner, due to the proper design and implementation of the data processing and the considerable efforts given to ensure the quality of operations during previous phases of the census. The IMO noted that the online dissemination of the final results is still not advanced. Furthermore, limited time was available for their validation, and completing the final phases, therefore, was possible thanks to the strong commitment of the statistical institutes.

Based on the above assessment and recalling the assessments of the earlier phases, the IMO concludes that the census in Bosnia and Herzegovina was as a whole conducted in compliance with international standards. Although the pressure and resulting discussions on the questions and enumeration data on ethnicity, religion and mother tongue had an impact on the management of the operations, the census results are in general considered valid and useful for economic and social policy planning, which is a key objective of censuses around the world.

The IMO underlines that a census is a statistical operation, and as such the data obtained through the census are associated with a certain degree of accuracy, as is the case with all statistics. In this context, the indicator "Net coverage" which is calculated on the basis of the census data itself and the Post Enumeration Survey is a commonly known indicator used to evaluate the accuracy of census results. The net over count for the census in BiH of about 4.6 per cent is within the usual range of census results recorded in other countries.

Regarding the overall processes, the IMO recommends - in view of future censuses in Bosnia and Herzegovina – to grant more attention to some aspects. In particular, a better design and implementation of communication activities around the census operation and stronger institutional cooperation would contribute to a more efficient management of the census process. Moreover, given the optional character of some sensitive questions and their potential impacts on the census processes, Bosnia and Herzegovina could reconsider using these results, and the relevance and value of collecting such data through future censuses.

The IMO expects the statistical institutes to implement the recommendations from the IMO regarding the protection and confidentiality of personal information in line with international standards.

The activities related to holding a population and housing census can be grouped in three main phases important for the overall quality of the census and its results. These phases include the preparations, enumeration phase and finally the phase of data processing, validation and dissemination.

Regarding the preparation, the IMO communicated in a press statement on 31st May 2013 that:

"Taking into account this technical preparedness so far and the willingness of the BiH authorities and the Statistical Institutions, the IMO is of the opinion that BiH is ready to conduct the Census in October 2013."

Following the enumeration period in October 2013, the IMO stated in a press statement on 16th October 2013 that:

"Although some minor specific incidents have been observed, as it is the case in every census, the enumeration was overall smooth and conducted in accordance with the agreed methodology and the international recommendations and this across the whole country."

The International Monitoring Operation (IMO) was established in September 2009 upon request from the Bosnia and Herzegovina government. Its mandate is to monitor the compliance of the whole census exercise, from the preparation to the data dissemination, with:

The IMO was established by the European Commission with representatives from Eurostat, chairing the IMO Management Group, European Commission Directorate-General NEAR, Council of Europe (CoE), United Nations Statistics Division (UNSD), United Nations Economic Commission for Europe (UNECE) and United Nations Population Fund (UNFPA). The work of the IMO has been supported by a group of independent experts monitoring the census from a technical point of view. Furthermore, the field enumeration in October 2013 was observed by experts from the Statistical Institutes in the Member States, independent consultants and the IMO. The IMO communicated its findings and recommendations in reports to and meetings with the Bosnia and Herzegovina government and the Bosnia and Herzegovina Agency for Statistics, and via press statements.