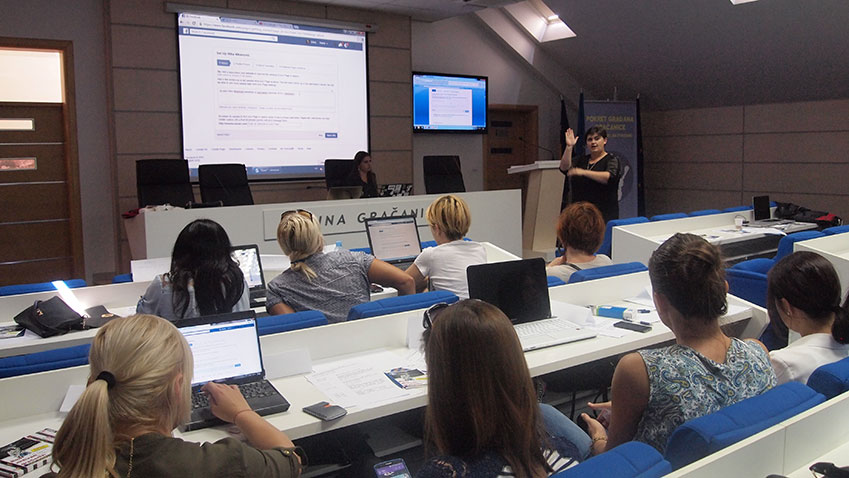 During June till September of this year, female politicians from different political parties participated in a series of capacity building activities on the use of Social Media during election campaigns in Bosnia and Herzegovina. Purpose of the project “Empowering Voices”, implemented by the women NGO One World Platform in the framework of Council of Europe’s electoral assistance program for local elections 2016, was to educate female candidates on how to use social media, internet and technology to promote themselves as candidates on local elections and how to protect themselves.

The training was based on three main elements, causing an unfavorable situation of women political participation in the country: The lack of resources of female candidates to reach their voters and to get (paid) space in mainstream media, the lack of interest in politics amongst young people and women and prejudiced message about women in politics transmitted via Internet by influential public figures. In this context the trainings focused on the effective use of internet and social media as response to the first two elements and on the effective protection from abuse of internet as response to the third issue.

The participants were trained to deal effectively with issues like online safety, privacy, online harassment and got to know tools and mechanisms of protection.